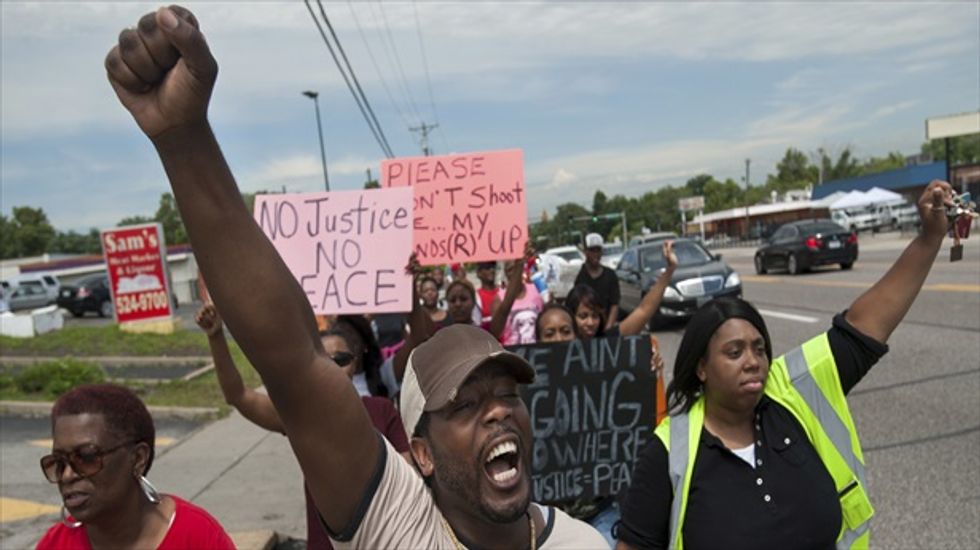 Demonstrations resumed on Tuesday night in Ferguson, Missouri, against police in the aftermath of the fatal shooting of 18-year-old Michael Brown earlier this month.

The latest protest follows a chaotic scene on Monday night, in which police fired tear gas and rubber bullets at both protestors and media members.

Reuters reported that 31 people were arrested Monday night, with authorities and local leaders blaming "outside agitators" for inciting the confrontation.

Watch a livestream of Tuesday's demonstration, as posted by Argus Radio, below.