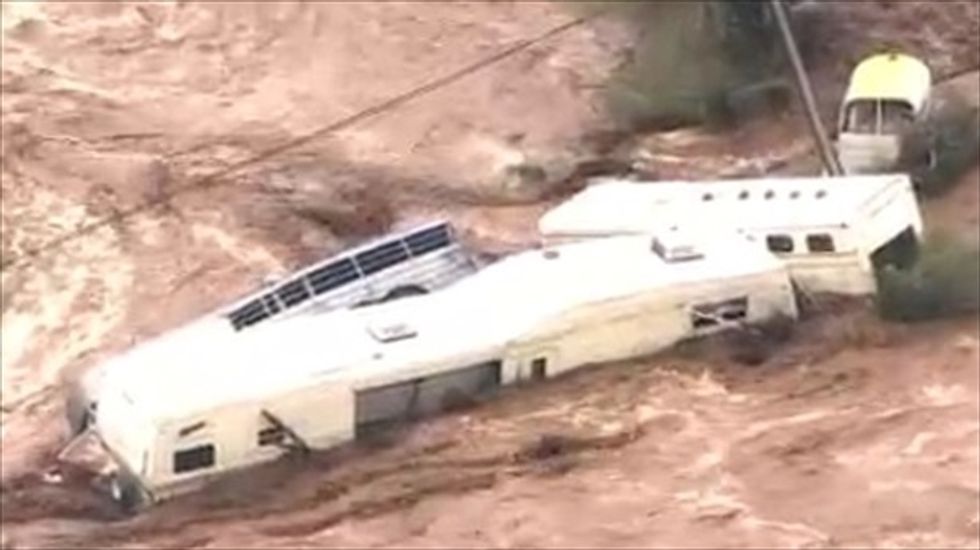 Authorities in Phoenix, Arizona are moving to protect motorists and evacuate residents as the city deals with heavy flooding brought on by a rash of storms, NBC News reported.

Nearly 3,000 homes in the region were left without power and several motorists have already had to be pulled out of their vehicles after getting caught in flood waters. Portions of Interstate 17 north of the city have been shut down.

Watch a livestream from KSAZ-TV below.

And footage shot earlier in the day by NBC News can be seen below.