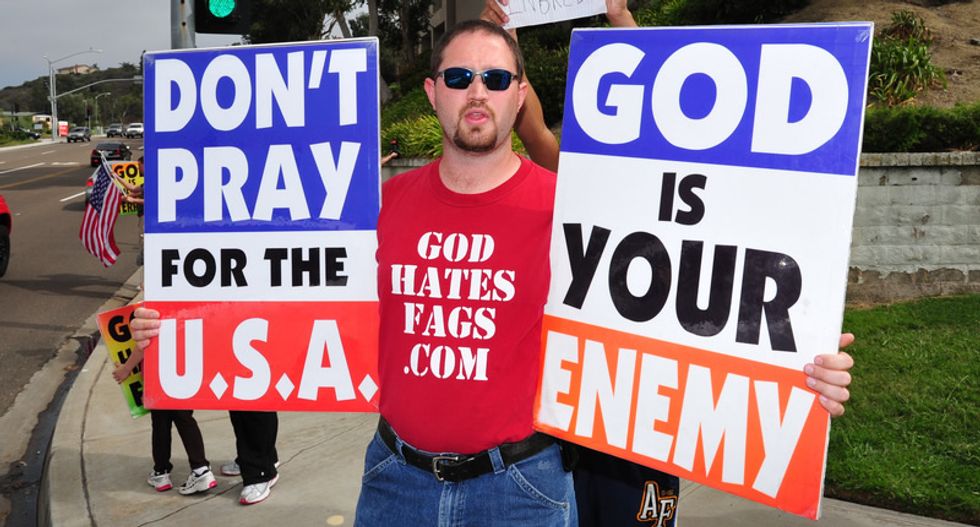 Members of the infamous Westboro Baptist Church have announced that it plans to protest the funeral of Michael Brown on August 25, 2014 in Ferguson, Missouri, the New Civil Rights Movement reports.

According to a flyer posted on the Topeka-based church's official Twitter account, the reason for their protest has nothing to do with the tragic death of Michael Brown, because "[r]egardless of the details [of the shooting], the cause was from the Lord!"

"Missouri has made itself known worldwide for three things," the flyer states, "Fags (e.g. Michael Sam); bestiality; and shredding the constitution in order to remove the Word of God from their streets."

"Now you reap what you have so diligently sown, Missouri!" the flyer continues. "Your streets resemble a Middle Eastern warzone! Those same lawless citizens that you turned loose on WBC now riot and loot; those same oath-breaking cops gun down unarmed citizens in the streets, and then cower behind weapons of war...All evidence points to Michael [Brown] now being in Hell. It's your fault, Missouri! His blood is on your hands!"

Last week, the church announced plans to picket the funeral of the late comedian Robin Williams, telling its followers "to remember, Robin Williams hung himself. That is cause for shame and mourning."

Westboro to Michael Brown’s family >> No dead body worship! No lies! No human agenda! Invite us to preach! @donlemon pic.twitter.com/Fs1tAIrcZJ