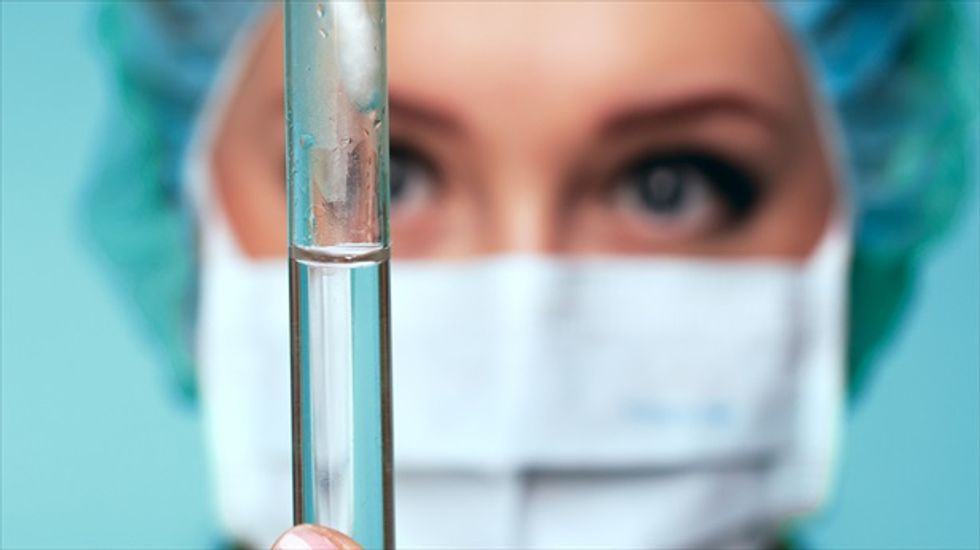 'Researcher in the laboratory' (Shutterstock)

By David Morgan and Sharon Begley

WASHINGTON/NEW YORK (Reuters) - The Obama administration is forming a special Ebola working group to consider setting policy for the potential use of experimental drugs to help the hundreds infected by the deadly disease in West Africa, U.S. officials said on Thursday.

The group is being formed under Dr. Nicole Lurie, Assistant Secretary for Preparedness and Response at the Department of Health and Human Services, an administration official said.

The action follows mounting international pressure as the death toll mounts to consider using untested treatments. The World Health Organization (WHO) is due to consider next week the ethics of administering such drugs.

Ebola has claimed at least 932 lives, according to the WHO.

The U.S. group will include scientists and officials from such agencies as the National Institutes of Health (NIH) and the Centers for Disease Control and Prevention (CDC), according to Dr. Anthony Fauci, director of NIH's National Institute of Allergy and Infectious Diseases (NIAID).

Calls to consider making unapproved drugs available to Ebola patients have grown since two U.S. aid workers infected with the deadly virus received an experimental treatment that may have helped them.

The drug, from California-based Mapp Biopharmaceutical Inc, had only been tested on monkeys. It is one of several being considered for use by people infected with Ebola.

Early human clinical trials for a drug from Canada's Tekmira Pharmaceutical Corp had been put on hold by U.S. regulators. On Thursday, the company said the hold had been partially lifted to enable its potential use by infected patients.

Fauci said in an interview that he was not certain when the group would have its first meeting or who would be there, but he said, "I'm sure they'll tap people from NIAID with competence in clinical trials."

Expertise in clinical trials, in which patients receive an experimental drug under scientifically rigorous conditions, is crucial, Fauci said.

"You need to balance compassion with the need to figure out if something actually works," he said.

Countless experimental drugs have cured lab animals but failed to work in people or even caused harm. For that reason, Fauci said, "You can't just willy-nilly give out a drug. You have a responsibility to at least rule out that it is harming people and to make some effort to find out if it works."

If compassion dictates providing experimental compounds to Ebola patients in West Africa, he said, then the way to meet the ethical obligation to determine safety and efficacy is through a clinical trial, such as by giving a drug to 50 Ebola patients in a hospital in Liberia and comparing them to 50 patients who do not get it.

That requires adequate supplies of a drug. "There is an extremely limited supply and in some cases no supply of these drugs that people are reading about," Fauci said, referring to media reports about the experimental drugs.

Policymakers need to determine whether there is a way to identify the experimental compounds most likely to help, presumably via lab animal studies, and which could undergo "accelerated production to introduce in controlled sites and at least begin doing something," said J. Stephen Morrison, a global health expert who worked for the U.S. State Department during the Clinton administration.

Separate from the Ebola working group, the administration official said the CDC was pursuing a short-term strategy to control the spread of the outbreak by establishing and supporting medical infrastructure in affected countries.

The CDC's long-term strategy is aimed at preventing future outbreaks.

[Image: "Researcher in the library," via Shutterstock]