Why do Holocaust survivors have more empathy for Palestinians than Seth Rogen? 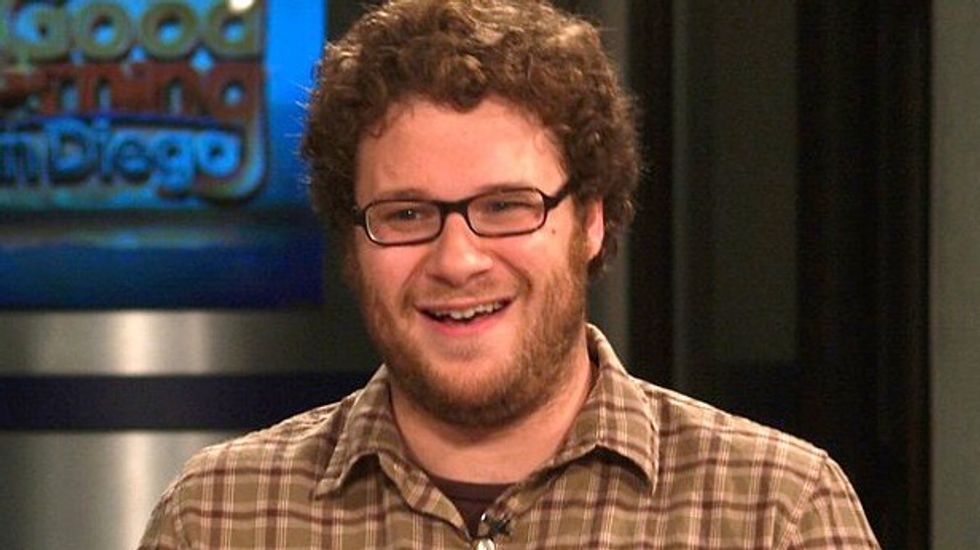 Guys, I'm really torn. This weekend, two open letters were published which address the Israeli-Palestinian conflict. One condemns, "the massacre of Palestinians in Gaza." The other one argues that, "Hamas cannot be allowed to rain rockets on Israeli cities."

I'm trying to figure out which of the two letters is more relevant and helpful. Bear with me, won't you, as I look at the context and the content of these two letters before coming to an informed decision.

The letter Condemning Israel:  40 Jewish survivors of the Nazi Holocaust and 287 children and grandchildren of Jewish Holocaust survivors.

The founding of Israel, as well as its policies, are based on the notion of self-defense and “never again.” The Holocaust almost wiped out the Jews. And it could happen again. That’s why Israel does what it does. If there’s one group of people who you would think this idea would work on it would be the very people who were almost wiped out during the actual Holocaust. And yet, the people who signed they letter realize that their trauma doesn’t justify the policies of Israel. So, that is pretty significant.

The Letter Condemning Hamas: 190 actors, directors, producers and at least one “mogul” in Hollywood.

None of the signatories survived the Holocaust, spent time in Concentration Camps or witnessed the Holocaust. But some of them are important Jewish voices. Seth Rogen, for example, boldly took on the theme of the overbearing Jewish mother in film Guilt Trip. Bill Maher helps bridge the dangerously widening gap between misogynist domestic abusers and islamophobes. Among the non-Jews, Sylvester Stallone and Arnold Schwarzenegger are known for their commitment to peace over violence on and off the screen, Tom Arnold is really smart, and Kelsey Grammer endorsed Michele Bachmann, whose commitment to Zionism is unwavering (since Jews need to go back to Israel in order for The Rapture to happen after which all the Jews who don't accept Jesus will burn in eternal damnation.

The letter Condemning Israel: Israel's actions are inexcusable, and so is the United States support for Israel:

As Jewish survivors and descendants of survivors and victims of the Nazi genocide we unequivocally condemn the massacre of Palestinians in Gaza and the ongoing occupation and colonization of historic Palestine. We further condemn the United States for providing Israel with the funding to carry out the attack, and Western states more generally for using their diplomatic muscle to protect Israel from condemnation. Genocide begins with the silence of the world.

We are alarmed by the extreme, racist dehumanization of Palestinians in Israeli society, which has reached a fever-pitch. In Israel, politicians and pundits in The Times of Israel and The Jerusalem Post have called openly for genocide of Palestinians....

The Letter Condemning Hamas: Hamas's actions are inexcusable, and children are the future.

While we stand firm in our commitment to peace and justice, we must also stand firm against ideologies of hatred and genocide which are reflected in Hamas' charter, Article 7 of which reads, “There is a Jew hiding behind me, come on and kill him!” The son of a Hamas founder has also commented about the true nature of Hamas.

The Significance and Relevance

The letter Condemning Israel: It is certainly important to hear Holocaust survivors who are critical of Israeli policies since their trauma is so frequently invoked to justify these policies. Also, this perspective has received little attention. The U.S. funds Israel and politicians are open about the special relationship between the two countries. It is appropriate for U.S. citizens to speak out when their government use their tax-dollars to support unjust military actions.

The Letter Condemning Hamas: Unclear. Who is arguing that Hamas can or should or is allowed to rain rockets on Israel or hold people hostage? Are any U.S. politicians endorsing Hamas? Is the U.S. government funding Hamas? Where are the Hamas apologists and defenders? Also, I'd love to know how the people reconcile their stance against using human shields with... like... Israel's use of human shields. They may want to cut those last two sentences.

For more on the Israeli-Palestinian conflict, check out Morning Jew.