Why there will never be a right wing Robin Williams 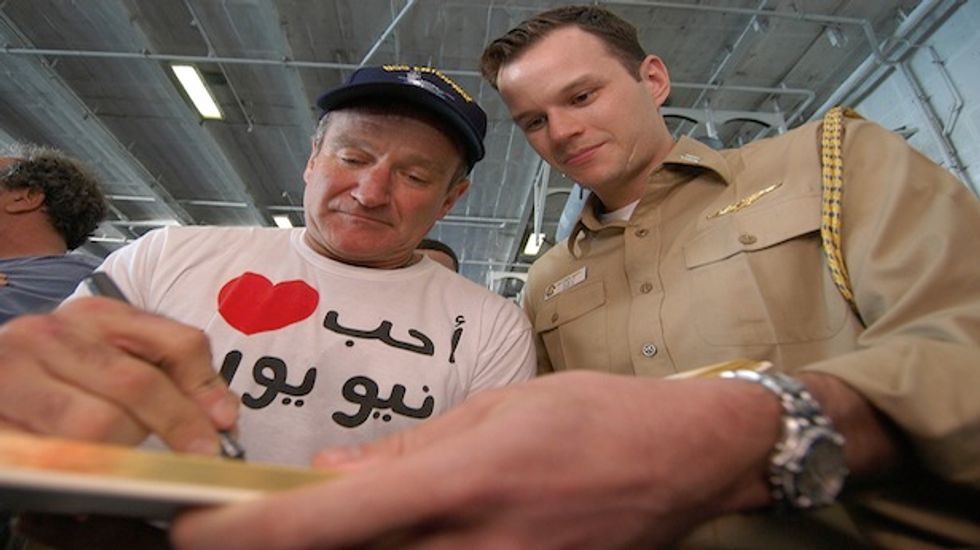 David Weigel described the liberal politics of Robin Williams as "forgettable," arguing that the comedian's most politically informed routines were among his worst, not his best. Though it may be true that Williams's most literal and directly political sets weren't his best, his progressive, liberal point of view was part of his comedic genius. And though Rush Limbaugh was (spoiler alert!) incorrect and disrespectful to attribute the actor's suicide to his "leftist world view," Williams's politics did shape his life and his comedy. There could never be a right wing Robin Williams.

You may have noticed that conservatives dominate talk radio. That's because talk radio, in large part, works by oversimplifying, stretching, distorting and/or ignoring the truth, eschewing nuance and boiling things down into easily digestible sound bites. (If the generalizations I just made reads a little bit talk radioish, it's because... I'm not just telling, I'm showing, of course.) The left, however, have comedy. And that's because, though it's not often brought up, comedy, or good comedy, at least, is based on empathy, something the right, in general, lacks (see: immigration, affirmative action, rights of any disenfranchised groups). And that is why the right will never produce their own version of Robin Williams.

All good comedy requires empathy. Because a good comedian cares enough about people to observe them and their behavior and get into their heads. And in no area of comedy is empathy more needed than in impersonations, which requires a comedian to literally become someone else. A bad comedian impersonates someone in a way that merely makes fun of them. A good comedian can do it in a way that humanizes the person. That's also why you don't see too many conservatives performing one-man-shows. (Thank goodness! Though a one-man-show about a right wing one-man-show could be great.) Also, right wing comedy bullies the underdogs, while progressive comedians use comedy to speak truth to, or make fun of, power.

For a controlled experiment backing up my theory about the connection between empathy and funniness, see Dennis Miller. He used to be funny until he became a right winger after 9/11, and his comedy was replaced by mean-spirited rage, directed at the the underdog, not the powers that be.

And as for the lack of empathy on the right, it was only a question of hours before Rush Limbaugh was attacking Robin Williams and attributing his suicide to his politics. This is very different, I would say, from attributing someone's comedy to his or her politics. And, I should add that if, for some sad reason, Dennis Miller were to commit suicide or even die of old age, I would not respond to the news by talking about how his politics informed and diminished his comedy. But, again, the right has never big big on nuance or empathy.