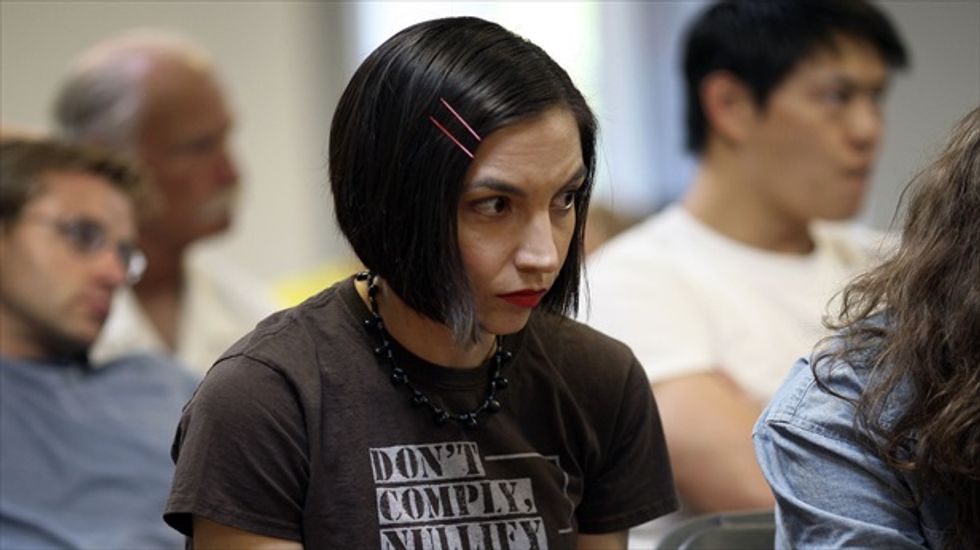 He is not alone. The 26-year-old aspiring restaurateur and chairman of the party's West Los Angeles central committee is one of a raft of ethnically diverse young libertarians who hold seats in L.A. County’s huge GOP apparatus, injecting youthful energy into its operations at a time when the state’s Republican Party is nearly moribund.

After winning control the executive board of the Los Angeles County Republican Party in December 2012, the “Liberty Kids,” as they call themselves, are seeing the fruits of their activism. This year one of their own is running as the Republican nominee for Congress from the San Gabriel Valley, with Zendehnam serving as policy adviser.

The Liberty Kids are challenging the party's social conservatives and are drawing the attention of Democrats, who see liberal youth as part of their base. And in what could be a harbinger for the GOP, they have begun campaigning in other states, aiming to increase their influence beyond California.

"I want you to look around the room," Zendehnam said at a meeting last week, "because this is what the face of the Republican Party is going to look like."

The Liberty Kids hold four of seven seats on the local party's governing board and dozens of spots on its 200-person central committee, representing a county that is home to 10 million people.

Raised during the wars in Iraq and Afghanistan and excited by the non-interventionist philosophy of Ron Paul, the former Texas congressman and presidential contender, many registered as Republicans to vote for Paul in the 2008 and 2012 presidential primaries and then stayed on in the party.

The group is making its presence felt as the GOP struggles to reinvent itself in California, where Republicans make up 29 percent of registered voters and Democrats control both houses of the legislature and all statewide offices.

"The party is a little bit out of touch, and they need a fresh view of things," said Calvin Lee, 27, whose strategy helped spur the Los Angeles board takeover after the party's losses in the 2012 elections.

'THEY CURSE AT US'

Despite personal politics that might seem more in tune with Democrats - world peace, ending the war on drugs and addressing global warming top the list of concerns for many - these millennials say they are more comfortable with Republicans' emphasis on freedom than Democrats' penchant for regulation.

"I used to be very liberal," said Carey Wedler, 25, at a recent meeting of the group. But she sees government as oppressive, authoritarian and warmongering, and says Republicans are the ones skeptical of government. "Everything the government does is backed up with a gun."

The newcomers have clashed with Tea Party libertarians, who skew more conservative on social issues. Many Tea Partiers bristle at the newcomers' views on abortion and immigration, and their deep distrust of the National Security Agency.

"They curse at us," Zendehnam said.

Los Angeles County Republican Chairman Mark Vafiades, himself nearly defeated by a Liberty Kid candidate for the chairmanship, said he tries to avoid conflict, instead focusing on supporting Republican candidates, a strategy aimed at integrating the youthful members and harnessing their energy.

"The party infighting isn't so much about the local issues - it's about the national issues," he said. "The Liberty Caucus is anti-military, and we have a lot in the Republican Party who are national security conservatives."

Some Liberty members plan to propose a resolution declaring concern for war victims in Gaza at the next caucus meeting, which Vafiades said would run counter to the traditional Republican position on the Middle East.

Democratic strategist Steve Maviglio, who advises candidates and elected officials, said the young libertarians are evidence of a "civil war" within the Republican Party, as moderates, Tea Party adherents, neoconservatives and now libertarians vie for influence.

But Vafiades said the Liberty group has brought youth and diversity to the party, and energy that has helped with campaigns.

"When I took over in 2012 the party was in debt, we had no paid staff, and the office was closed," he said. "We were a non-functioning party."

The Republican Party does not keep figures on how many libertarians have joined, according to Republican National Committee spokesman Raffi Williams. But Matt Nye, national chairman of the Republican Liberty Caucus, said his mailing list increased by half, to 30,000, during Paul's 2008 campaign.

"You see a lot more libertarians coming into the fold nationally in the Republican Party," Williams said. "It's our job to make them feel welcome."

Libertarians, many of them young, have recently sought spots on local party boards in Minnesota, Louisiana, Maine, Washington and Idaho, according to supporters and local media reports. But neither the newcomers nor the national party could pinpoint specific victories. In Iowa, Republicans recently voted libertarians off the statewide party board.

In Los Angeles, the group’s efforts paid off with the nomination of Arturo Alas, the son of Democrats who immigrated from El Salvador, for Congress in the blue-collar suburban area where he grew up. Alas, 33, recently won the support of mainstream Republicans, including Senate GOP leader Bob Huff.

Many hope to nominate Paul's son, Kentucky Senator Rand Paul, for president in 2016. But it will be difficult for them to push their liberal social agenda across the Republican Party, said University of Georgia political scientist Keith Poole.

"You can't influence a political party unless you start electing members of state legislatures and members of Congress. That’s the real test," he said.

[Image: Melinda McCrady texts and watches a speaker while wearing a shirt bearing the Tenth Amendment Center motto, "Don't comply. Nullify", referring to a movement to make certain laws ineffectual through the tactics of nullification laws or widespread non-compliance, at a meeting of so-called "Liberty Kids" libertarian Republican activists in Burbank, California, July 27, 2014. By David McNew for Reuters]