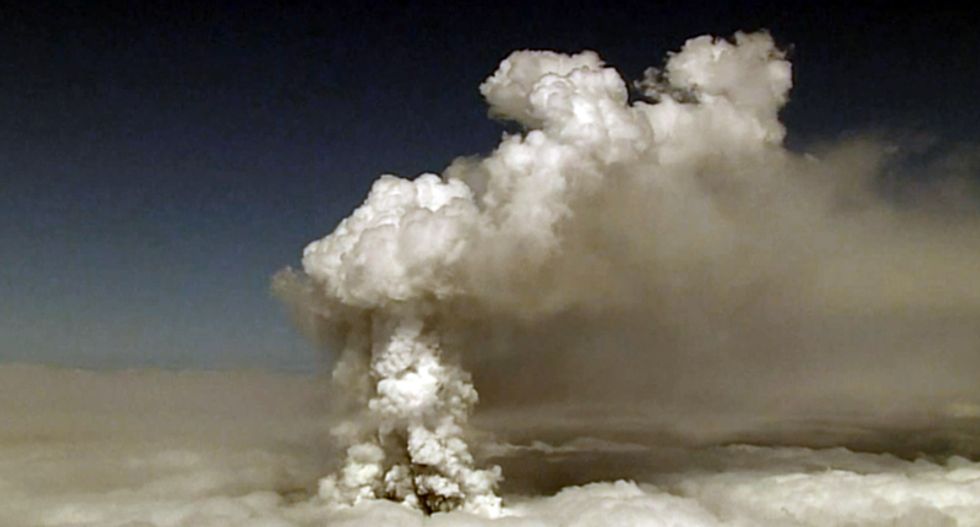 A volcano erupted in central Japan on Saturday, shooting ash and rocks into the air that reportedly left eight hikers injured and forced 150 people to shelter in cabins near the summit.

The eruption of the 3,067-metre (10,121-foot) Mount Ontake happened around midday, the meteorological agency said.

Television footage showed huge clouds of smoke billowing from the peak, which is a popular destination for trekkers.

"There was a thunder-like noise and the sky became dark because of the smoke," Shuichi Mukai, who runs a mountain lodge near the summit, told Kyodo News.

"There are 15 centimetres (six inches) of ash on the ground," Mukai said.

"Details, including the number of the injured, remain unknown as we are still sorting out information," said an official of the Nagano prefecture fire department.

NHK also said some 150 people were forced to stay inside lodges near the summit, while local authorities dispatched rescuers, including doctors, to the site.

NHK separately said three people were trapped outside as they could not move due to the ash and rocks falling around them.

The meteorological agency forecast further eruptions from the mountain, warning that volcanic debris may settle within four kilometres (2.5 miles) of the peak.

The agency also placed restrictions on access to the mountain, while calling on local residents to remain on alert as an eruption could shatter windows miles away.

Mount Ontake s last major eruption was in 1979 when it expelled more than 200,000 tonnes of ash, according to local media.

It also produced a minor eruption in 1991 and caused multiple volcanic earthquakes in 2007.