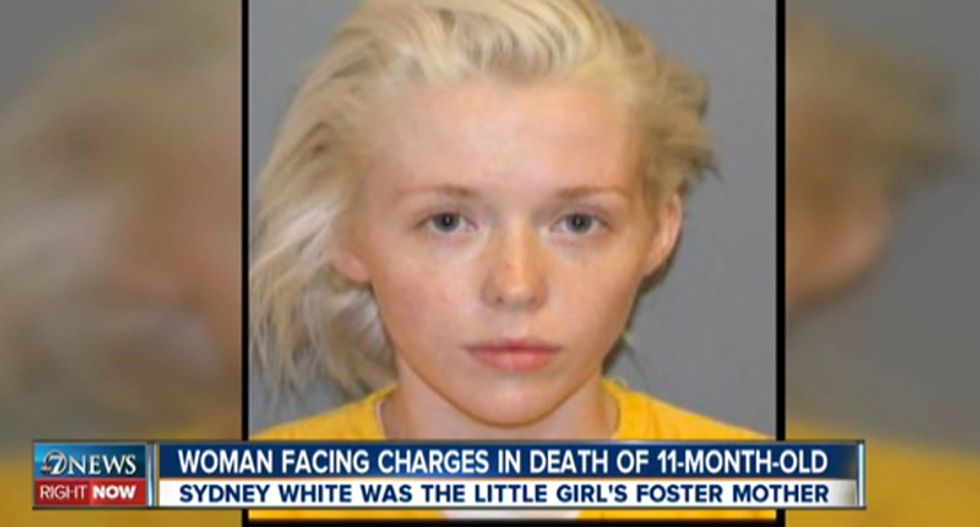 An 11-month-old baby girl, taken from her mother by Colorado authorities after her boyfriend admitted to smoking marijuana, was allegedly killed by her foster mother, reports ABC7.

White later admitted to authorities that she had shaken the baby out of frustration because she couldn't get her to stop crying.

According to the arrest affidavit, White held the baby "by the neck with both hands and shook her multiple times." She claims she she stopped after one of her children came into the room and said, "Mommy, stop it."

"White said the baby initially became lethargic and wouldn’t wake up, but that later she appeared to be doing better," police said in a statement. "Later that night White took Angel to St. Mary’s Hospital when Angel’s right side became stiff and she was unresponsive."

After the child was taken off life support, the coroner listed the cause of death as "blunt force head injuries,"  ruling her death a homicide.

The child's biological mother, Tierra Place, 17, explained that the child had  been removed from her custody because she and her husband fought, and her husband told human services he used marijuana.

According to Place, she approved White as the foster mother because White is her sister-in-law, married to her brother.  Child Services reported  said that the couple were in the process of adopting Angel.

"You know I was seeing pictures of her, seeing videos, you know she was doing good, she was making good progress, and I was ok with the situation she was in," he said. "And then, all of a sudden, I had just found out that your daughter is in urgent care in Denver, Colorado, and you need to come there. I just want Mesa County to pay for what they've done."

Sydney Danielle White is currently charged with child abuse, but the case remains open and further charges are expected.

Watch the video below from ABC7: