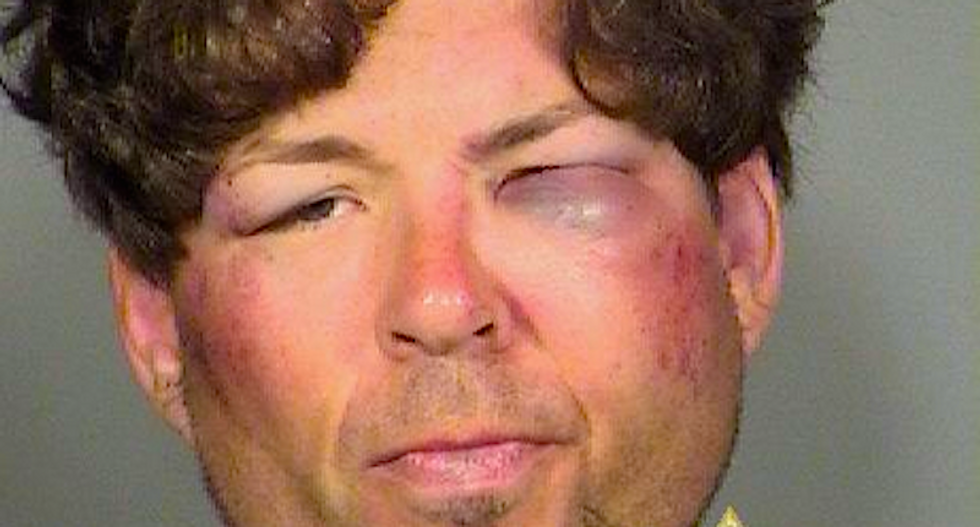 Jurors awarded the full $562,000 sought by an Oregon veteran who was beaten by police three years ago when he was suspected of drunken driving.

Jason Cox testified that he feared for his life as three officers threw him to the ground, punched him at least six times, and shocked him four times with a Taser after they stopped him June 28, 2011, in the parking lot of a Portland strip club.

Police claimed Cox was argumentative, furrowed his brow, and tensed his muscles as officers attempted to place him in handcuffs, reported The Oregonian.

But surveillance video recorded outside the Pallas Club contradicted police claims, showing that Cox did not swing at officers or reach for a weapon.

"Mr. Cox did not appear to present a threat," said juror Dan Roberts. "He looked pretty compliant to me."

Cox admits he drank two vodka and Red Bull energy drinks on an empty stomach before driving to the club, and officers stopped him as he got out of his vehicle and asked him to undergo a field sobriety test.

Officers attempted to place Cox in handcuffs after he failed to maintain his balance while walking a straight line, and the video shows the officers throw him to the ground when he placed his hands behind his back.

Cox testified that he asked one officer to go easy on a previously injured shoulder, but the officer instead yanked him by that shoulder.

A juror told The Oregonian the video showed Cox stepped forward in pain from that yank, which caused police to take him down.

Cox testified that he put his hands in front of his body to break the fall, but pain from the repeated blows and Taser jolts prevented him from recalling what happened next.

Now 40, Cox said officers permanently injured his shoulder, which he said ended his career as an ironworker – where he made $33 an hour.

Drunken driving charges against Cox, who had a .078 blood-alcohol level three hours after his arrest, were dropped after the surveillance video was revealed.

"Sorry this happened to you," said juror Justin Browning to Cox after the trial. "It must be vindication. I know you've been through a lot."

Portland’s mayor said he disagreed with the verdict and noted the police department had changed its use of force policies since Cox’s arrest.

But Cox said he hoped more change would come from his experience.

“I hope body cameras start to be used in Portland, because if they know they’re on film, none of this would have happened,” Cox said.

“They’ve lied multiple times and it all came out in court. Is it going to come to anything? I don’t know,” he added.