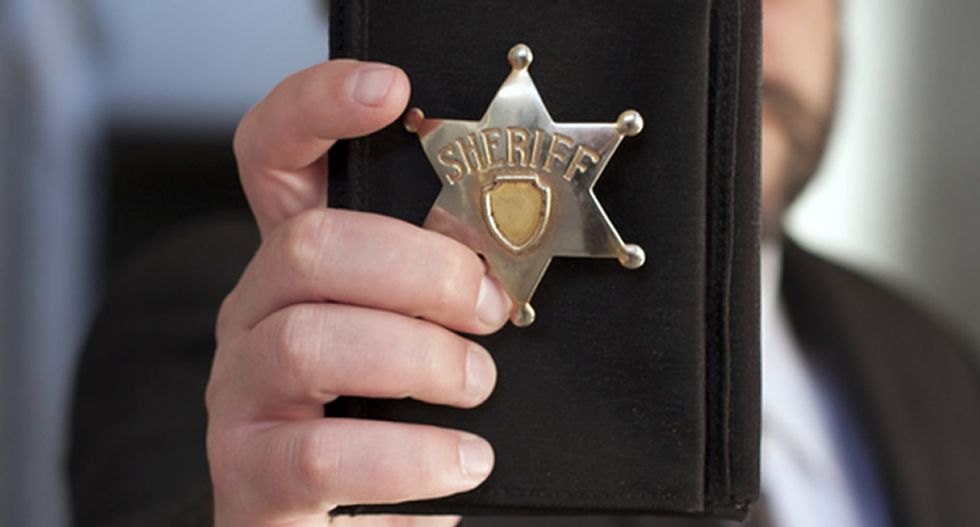 A Republican donor sent a letter to voters in DeKalb County, Alabama in which she encouraged them to vote for the GOP candidate just in case President Barack Obama suspends the 2016 elections and seizes dictatorial power, Mother Jones reports.

"Obama is determined to be a dictator with the executive orders he signs," Betty Mason wrote. "He has left the US Constitution in shreds. If Obama decides to run again (against US law) or declares a National Emergency to suspend elections in 2016, what will our Democrat sheriff do?"

Mason is concerned that, should he win, current county sheriff Jimmy Harris "will go along with this lawless president" because hs is "on the same team as President Obama."

"In these days his actions of defending the citizens against lawlessness is critical," she wrote, and Republican candidate "Rex Leath has pledged to defend our citizens even against a lawless president."

According to Leath's online biography, he believes "the sky is the limit when it comes to what a sheriff can do to protect the citizens of DeKalb County. In addition, it must start with a proactive group of law enforcement officers that enforce the laws aggressively while treating people with respect and dignity."

Mother Jones contacted Leath and asked him about the letter -- in particular, whether he shared Mason's concerns about Obama's dictatorial inclinations.

"Sure I do," Leath said. "I would hope every American in the country would -- I don't really know what he is capable of doing at this point. If martial law is declared by the president, he can't be removed from office."