Another NFL running back arrested for domestic violence 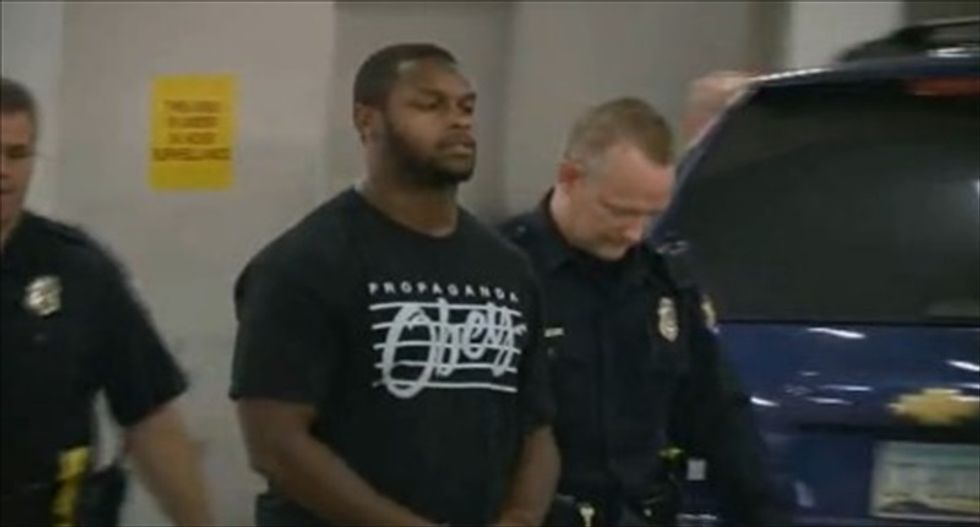 Arizona Cardinals running back Jonathan Dwyer was arrested as part of a domestic violence investigation on Wednesday, becoming the latest pro football player at that position to get into trouble with the law, Sports Illustrated reported.

Dwyer, who is in his first year with Arizona, was charged with aggravated assault and preventing someone from calling 911.

KTAR-TV reported that Dwyer, who is married with one child, was pulled from the team's practice to answer investigators' questions regarding an alleged fight with his wife that took place "a while ago." The alleged victim reportedly saved records of injuries she suffered at the time.

Also on Wednesday, the NFL Players' Association filed an appeal challenging the indefinite suspension commissioner Roger Goodell levied against former Baltimore Raven Ray Rice. Rice was punished and cut by the team following the publication of footage showing him knocking out then-fiancee Janay Palmer in an Atlantic City casino elevator, an incident that propelled the league's handling of domestic violence cases into the national spotlight.

Update, 8:36 p.m. EST: KTVK-TV reported that Dwyer was arrested in connection with a pair of incidents this past July. The victims were described as a 27-year-old woman and an 18-month-old child. Dwyer has also been deactivated from the Cardinals.

Watch KTVK's report on Dwyer's arrest, as aired on Wednesday, below.