As a Jew, I'm grateful that Joe Biden used the word 'Shylocks' 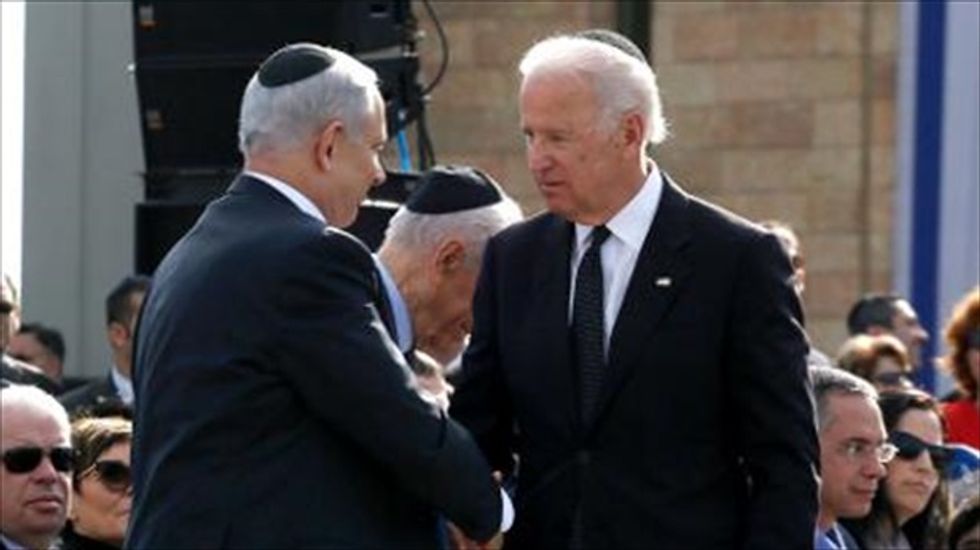 Joe Biden, once again, pulled a Joe Biden, (made a gaffe) when he referred to predatory bankers as Shylocks. During a Tuesday speech at the Legal Services Corporation's 40th anniversary conference, Biden said that his son, Delaware Attorney General Beau Biden, heard stories about banks preying on fellow servicemen and women when he served in Iraq:

People would come up to him and talk about what was happening to them at home in terms of foreclosures in terms of bad loans that were being - I mean, these Shylocks who took advantage of these women and men while overseas.

Of course, Shylock is a fairly charged reference, as it refers to the Jewish, interest-charging, money-lender in Shakespeare masterpiece The Merchant of Venice. There is much debate over whether the character is an anti-semitic stereotype, or a sympathetic character through whom Shakespeare critiques anti-semitism. But, to be sure, when people use the word, they mean it pejoratively. They are describing someone who takes advantage of others and not someone who highlights the inhumanity of anti-Semitism. You will not, for instance, hear anyone ever describe Anne Frank as a Shylock, though she certainly humanized Jews and indicted anti-semitism.

Predictably, Abraham Foxman, who is still the president of the Anti-Defamation League despite announcing his retirement last year, had something to say about this:

When someone as friendly to the Jewish community and open and tolerant an individual as is Vice President Joe Biden, uses the term ‘Shylocked’ to describe unscrupulous moneylenders dealing with service men and women, we see once again how deeply embedded this stereotype about Jews is in society.

Biden issued an apology and a "Jews love me" #HumbleBrag:

Abe Foxman has been a friend and adviser of mine for a long time. He’s correct, it was a poor choice of words, particularly as he said coming from ‘someone as friendly to the Jewish community and open and tolerant an individual as is Vice President Joe Biden.’

But the truth is, Biden's Jewish stereotype based gaffe marked a historic moment. We are invisible no more! For years, Biden has delivered countless gaffes at the expense of several marginalized and disenfranchised groups like African Americans, the disabled, Indian Americans and even himself!

In 2007, for instance, Biden "praised" Barack Obama, against whom he was running for the Democratic nomination: "I mean, you got the first mainstream African-American who is articulate and bright and clean and a nice-looking guy. I mean, that's a storybook, man."

At a 2008 campaign rally, way before Kanye had made it cool, Biden urged Missouri state senator Chuck Graham, "Stand up Chuck, let 'em see you." Realizing Graham is in a wheelchair Biden recovered thusly: "Oh, God love you. What am I talking about. I'll tell you what, you're making everybody else stand up, though, pal."

Back in 2006, Biden reached out to Indian Americans  by observing, "In Delaware, the largest growth of population is Indian Americans, moving from India. You cannot go to a 7-11 or a Dunkin' Donuts unless you have a slight Indian accent. I'm not joking."

Biden is so gaffe-prone, he even insulted himself. At a 2008 rally in Nashua, North Hampshire, Biden had this to say:

A Jewish-based gaffe was past due. I felt like my community had been snubbed by Biden. But Tuesday, the Vice President fixed that.