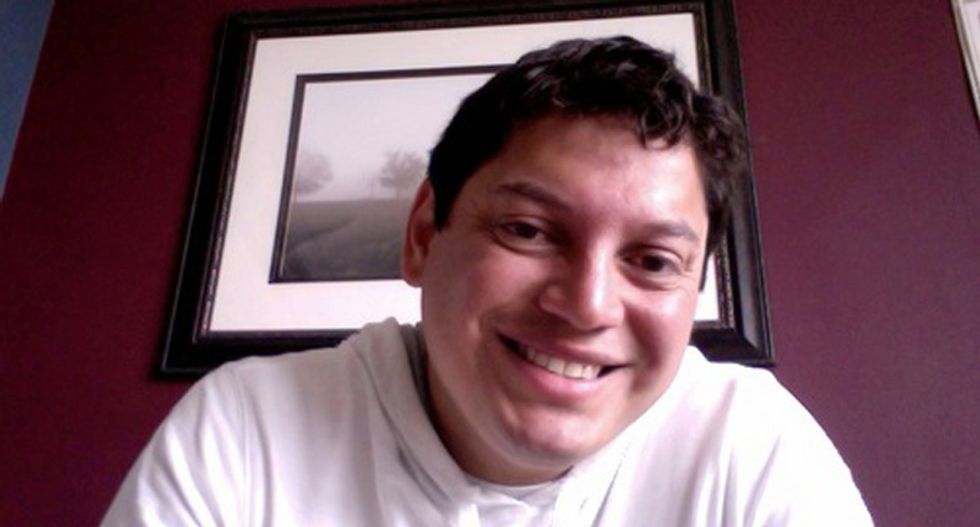 A San Francisco-area Uber driver pleaded not guilty on Thursday after being arrested for attacking a passenger with a hammer following a dispute over driving directions.

Patrick Karajah, 26, of Pacifica was charged in San Francisco Superior Court with assault using a deadly weapon and battery with serious bodily injury. Karajah was freed on $125,000 bail, reports KPIX.

According to the victim's attorney victim, Harry Stern, his client, Roberto Chicas  was picked up along with two friends  by Karajah --  driving for Uber X -- outside of  a San Francisco nightclub Tuesday morning at approximately 2:00 a.m.

Stern said that his client was familiar with the area and felt that Karajah was taking them too far out of the way.

“They’re familiar with the city. They want to share the ride, they have certain spots they want to be dropped off and he’s taking them nowhere near that, " Stern said. " So they politely complained first, and then their complaints get a little more adamant. To put it in a common way, he freaked out."

According to authorities, Karajah pulled over and ordered everyone out of the car. Once Chicas had exited the car, Karajah allegedly struck him in the head with a hammer.

When authorities arrived, they found Chicas on the sidewalk slipping in and out of consciousness, with severe fractures and trauma to the head.

According to Stern, Chicas  is recovering, but may be in danger of losing an eye.

"He’s not doing well. I’m happy to say that he is recovering, but the pace isn’t good so far," Stern said.  "The real concern, he is in serious danger of losing the eye and anybody can relate to that as being a horrible tragedy.”

Stern noted that Uber, a ride-sharing service, is unregulated and questioned whether they do any background checks on their drivers.

“What is Uber doing to regulate their drivers? What kind of checks are they doing?" Stern asked. " What kind of background screening are they going to do? As far as I can tell, they’re completely unregulated at this point, and that should be a concern for everybody.”

There have been multiple problems with Uber reported, including a Florida Uber driver recently arrested for sexually assaulting a woman,  and Uber drivers being accused of discriminating against blind customers.

In response to the Chicas attack, Uber issued a statement saying, "Safety is Uber’s #1 priority. We take reports like this seriously and are treating the matter with the utmost urgency and care. It is also our policy to immediately suspend a driver’s account following any serious allegations, which we have done. We stand ready to assist authorities in any investigation.”

Watch the video below from KPIX: