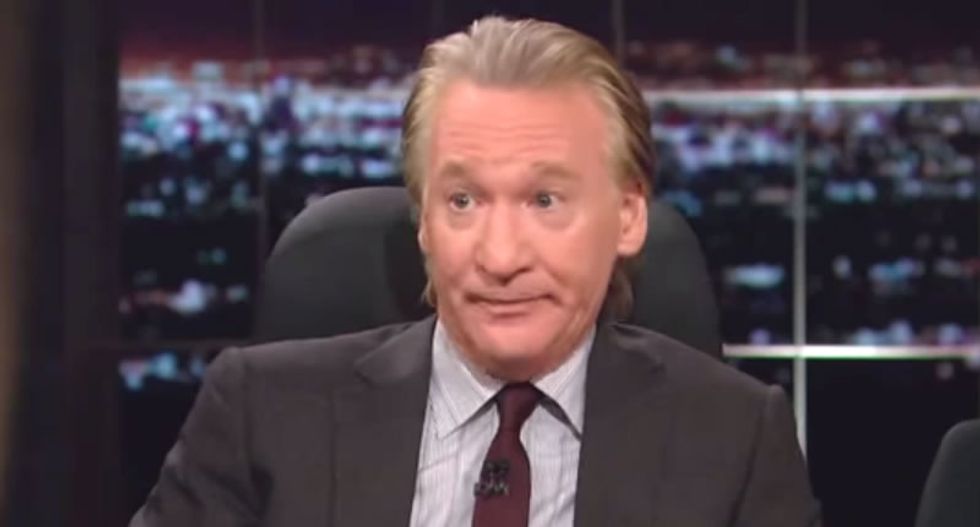 "Now, this week I want to say something nice about the police," he began, "before we start listing all the people they shot and beat up this week that they shouldn't have."

"I totally get it, that this is the most strapped country in the world. We're armed to the teeth. When you're a policeman, every encounter might be that kind of encounter," Maher continued.

"And yet, every week we see police officers going mental for no reason," he said, cutting to a clip of police killing 22-year-old John Crawford for carrying an air rifle he took off the shelf at an Ohio Walmart.

He followed that with a clip of a South Carolina policeman firing at a man as he retrieved his ID, which the officer had requested.

"This isn't every policeman in the country," Maher said, "but it just makes me ask, is there any training going on? I mean, [the South Carolina officer] shot this guy four times at point-blank range and only winged him once."

Panelist Charles Blow added, "these aren't equal opportunity shootings. Not everybody is being shot by the cops -- when we see these tapes, we're seeing black men being shot. We have to address the elephant in the room."

"This is why we see SWAT teams breaking up poker games. This is why we see the ridiculous use of Tasers. I feel like in the '60s people called them 'pigs,' and that was wrong, and America's been overcompensating ever since."

Watch the conclusion of that discussion and his "New Rules" segment below via RealTime on YouTube.