Bill O'Reilly insults US military: It can't defeat ISIS because there are 'no Pattons today' 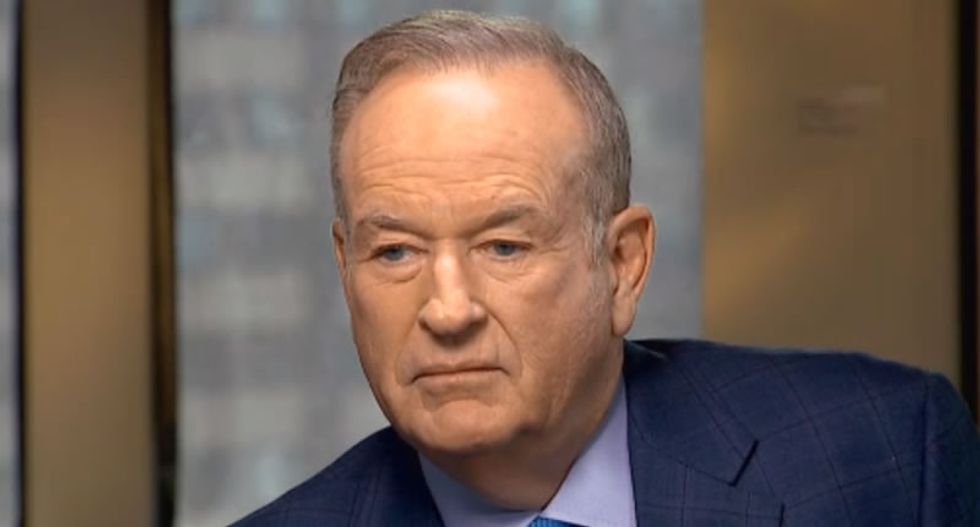 Fox News host Bill O'Reilly went on This Week with George Stephanopoulos Sunday morning and proceeded to insult the United States military for being incapable of stopping Islamic State fighters.

O'Reilly was on the show to talk about his new book, Killing Patton, in which he claims that Joseph Stalin had the controversial general killed because he was planning on returning to the United States and encouraging American leaders to declare war on the Soviet Union.

"All the evidence is there including the driver who was with him that day is that it was a spur of the moment decision to go see this castle before hunting," Stephanopoulos said, referring to the car accident that led to Patton's death.

"But you have to take into consideration that Patton was being tracked by Soviet intelligence," O'Reilly replied. "He had around the clock guards who were worried about the press, they weren't worried about anybody else. His wife was in the hospital room with him. And he's having cognac, and he's laughing with the nurses, and he goes to sleep, and he wakes up dead. Why?"

"The doctor who reviewed the record said it was completely consistent with a pulmonary embolism," Stephanopoulos responded.

O'Reilly countered, saying that it's possible that Patton had been murdered by a "traceless poison."

"Stalin had a factory that produced traceless poisons back then, but now with our advanced technology, we could see if there was something in Patton's remains."

Stephanopoulos then changed the subject, asking O'Reilly what Patton would have thought about the idea of a "mercenary army" to take the Islamic State fighters that the Fox Host floated last week. "Would he really believe in outsourcing our national security like that?" he asked.

"No," O'Reilly replied, "Patton would want to go in himself to do it. If George Patton were alive today, he would be saying to President Obama, give me the third, I'll go into Syria and I'll wipe them all out, and he would. That's what he would absolutely do."

When Stephanopoulos said that Obama likely wouldn't approve of such measures, O'Reilly said that was because the American military was no longer up to the task.

"We don't have any Pattons today," he said.

Watch the interview below via ABC News.