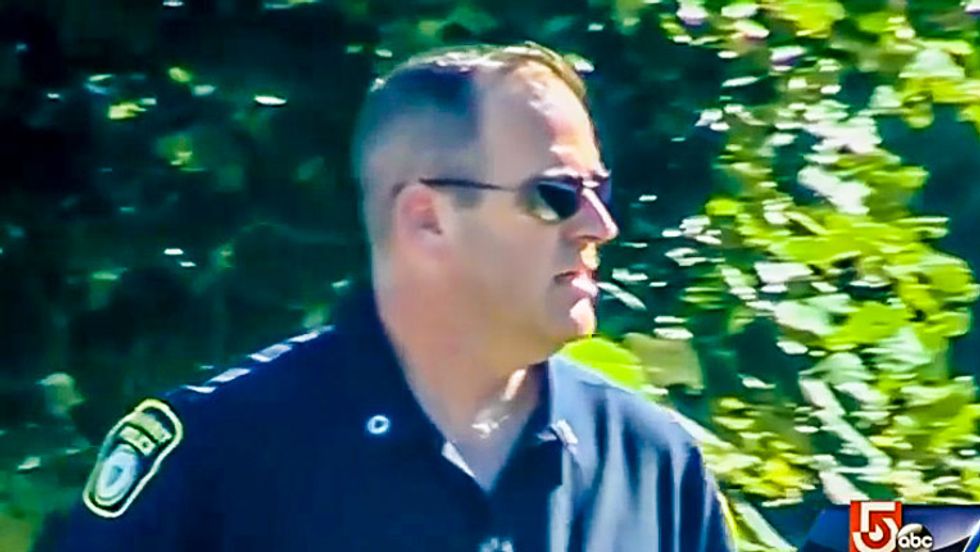 A transit police officer in Boston has been identified as the man behind an offensive Facebook page that attacked LGBT people, Jews, women and people of different races.

The station said that most of the scores of images posted by Barriteau were too offensive to be shown on the air, but several of the examples showed him mocking people with Down Syndrome, homosexuals, transgendered people, and he also posted an image of a man titled "The Rape Train Stops for No One."

There were also examples of comments attacking obese people, Hispanics, and Asians. In one case, Barriteau is pictured wearing a T-shirt with the Pillsbury Doughboy sporting an Adolf Hitler mustache, and the words "White Flour."

But when WCVB's Kathy Curran caught up with Barriteau as he was getting in his car, he didn't have much to say.

"I know who you are, I'm not going to say nothing to you, so I'm all set," he quipped before speeding off.

MBTA General Manager Beverly Scott told Curran that she was "shocked" when she learned about Barriteau's Facebook page.

"That's the best way I could describe it," she recalled. "As I flipped from one picture to the other it was so offensive on every front. This is what you call just plain old deliberate, you knew what you were doing, it's just totally unacceptable. You know, it was blatant."

Court documents showed that Barriteau was given immunity in 2003 after he was on the scene while another officer beat a homeless man.

WCVB reported that Barriteau was currently on paid administrative leave.

[Correction: The first sentence of the article incorrectly described Jason Barriteau as a Boston police officer, rather than a transit officer.]