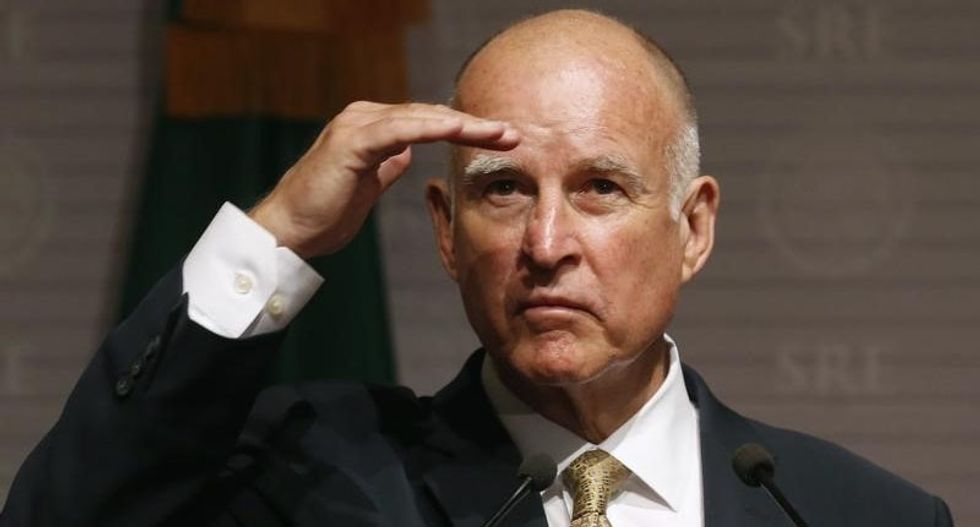 Single-use plastic bags are set to disappear from California grocery stores over the next two years under a first-in-the-nation state law signed on Tuesday by Democratic Governor Jerry Brown, despite opposition from bag manufacturers.

The law would ban grocery stores from handing out such bags with customers' purchases, and provide money to local plastic bag companies to retool to make heavier, multiple-use bags that customers could buy.

"This bill is a step in the right direction – it reduces the torrent of plastic polluting our beaches, parks and even the vast ocean itself," Brown said in a statement. "We're the first to ban these bags, and we won't be the last."

A number of cities and counties in California and other U.S. states, including Hawaii's Maui County, have made it illegal for grocery stores to pack purchases in plastic. But at the state level, opposition from plastic bag makers has usually prevailed.

Environmentalists have pushed to ban plastic bags, which are cheaper for supermarkets to use than paper bags but create mountains of trash that is difficult to recycle. In California, there is particular concern that the bags, when swept out to sea, could cause injury to ocean life.

Under the new law, grocery stores and pharmacies are required to stop providing single-use plastic bags by July 2015, while convenience and liquor stores will have an additional year to phase them out.

The law will have a “very negative” impact on plastic bag manufacturers, possibly leading to layoffs, said Cathy Browne, general manager at one such manufacturer, Crown Poly, in Huntington Park, California.

“We're obviously disappointed that it's been signed into law, because consumers will pay for something that's already in the cost of goods. And it's going to 100 percent profit the grocers,” she said.

More than 10 billion plastic bags are used in California each year, according to an estimate by Californians Against Waste, and advocacy group that supports the law.

California's bill stalled in the state's Assembly in August, but after picking up the support of the United Food and Commercial Workers Union, it garnered the votes to get to Brown's desk. A similar measure failed in the legislature last year.