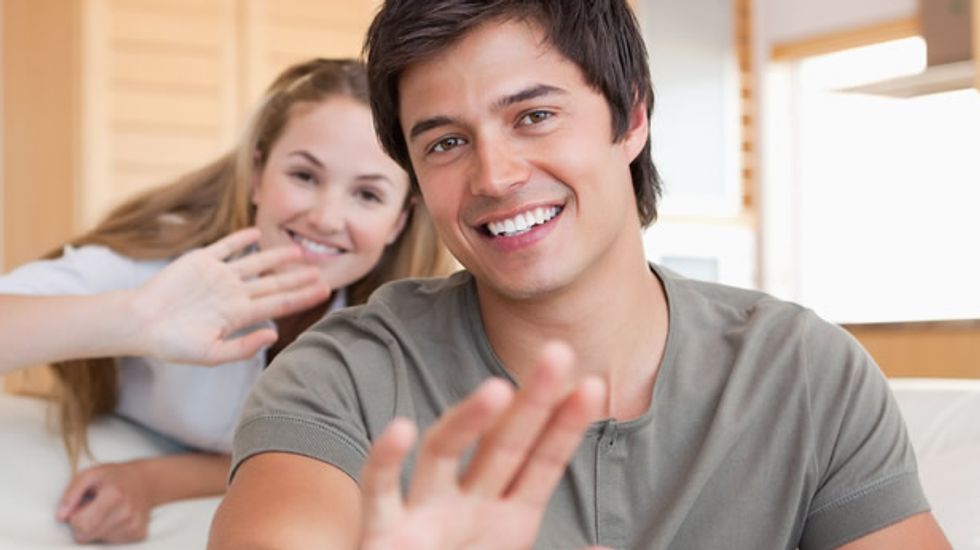 ["Couple Waving At The Camera In Their Living Room" on Shutterstock]

California Gov. Jerry Brown on Sunday signed a law requiring all state colleges to adopt a policy of unambiguous, affirmative consent by students engaged in sexual activity, part of a nationwide effort to curb sexual assault on U.S. campuses.

The legislation, passed by the California State Senate last month, defines consent as "an affirmative, conscious and voluntary agreement to engage in sexual activity."

It also states that silence and a lack of resistance do not signify consent and that drugs or alcohol do not excuse unwanted sexual activity.

The White House has declared sex crimes to be "epidemic" on U.S. college campuses, with one in five students falling victim to sex assault during their college years.