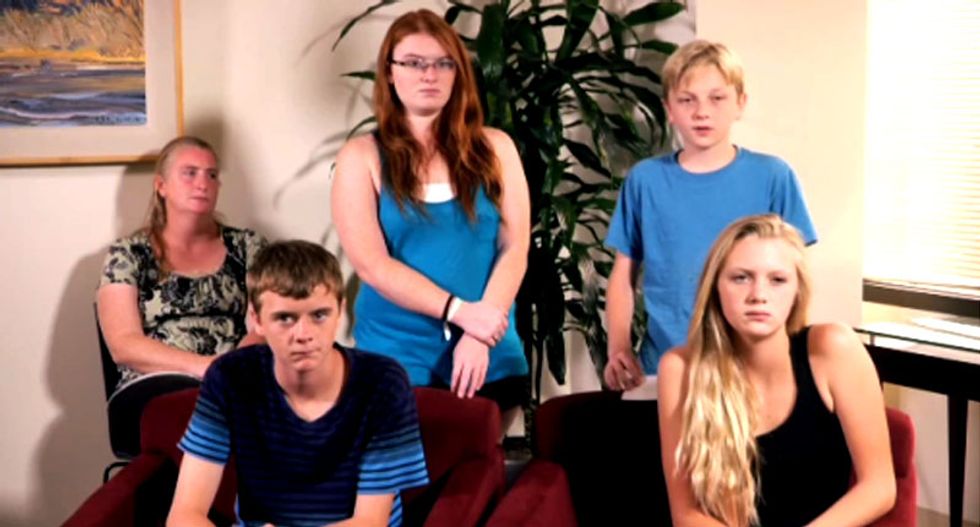 The children of an Arizona gun range instructor who was fatally shot by a 9-year-old girl with an Uzi submachine gun are encouraging the child to find peace and say they hope one day to give her a hug.

In a video message to the girl, the four children of 39-year-old Charles Vacca said she should put last month's incident behind her and move forward with her life.

Vacca had been showing the girl how to fire the weapon at an Arizona gun range when its recoil caused her to lose control of the firearm in an incident that touched off renewed debate over the wisdom of giving children access to high-powered firearms, even in controlled environments such as shooting ranges.

"We don't know your name, but we're connected by this tragedy," Vacca's children said in the video released at the end of last week by the law firm retained by the family, Fennemore Craig.

They said they and the girl were all living through an ordeal they could not switch off.

"You're only 9 years old. We think about you. We are worried about you. We pray for you, and we wish you peace. Our dad would have wanted the same thing," said Vacca's 11-year-old son, Christopher.

"Someday we hope we could meet you, hug you, and tell you that it's OK."

Vacca's daughter Elizabeth, 15, said her father was funny and strong, a protector, a hero and a friend.

"He was a good man," she said. "Our dad would want you to know that you should move forward with your life. You should not let this define you. You should love yourself, and love your family."

The Mohave County Sheriff's Office has said no criminal charges are pending from the shooting incident, which it has dubbed an "industrial accident." State occupational health and safety officials have opened their own investigation.

A video clip of the moments leading up to the shooting, released by the sheriff's office, shows Vacca giving the girl hands-on instruction as she aims the Uzi at a target.

He is heard encouraging her and asking her to fire one shot, before telling her: "All right, full auto." The weapon lets off multiple rounds as the video fades out.

(Reporting by Daniel Wallis in Denver; Editing by Cynthia Johnston and Peter Cooney)