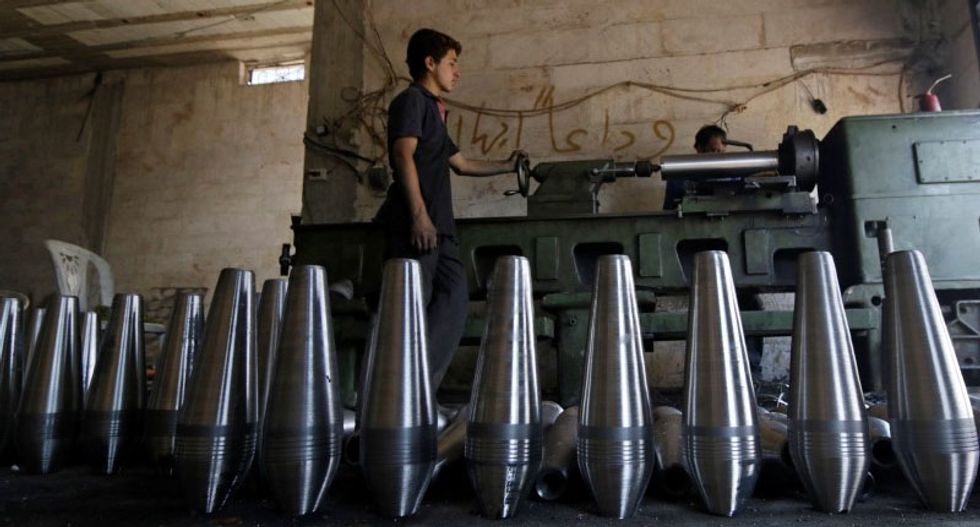 The U.S. Congress appeared poised on Tuesday to quickly approve President Barack Obama's plan to arm and train Syrian rebels, a major part of the effort he announced this week to fight Islamic State militants.

The House of Representatives began debating an amendment to a stopgap funding bill that would authorize support for the moderate rebels, who are fighting both the Islamic State and the government of Syrian President Bashar al-Assad.

House members were expected to vote to pass the amendment on Wednesday, congressional aides and lawmakers said. They added that it would then be sent to the U.S. Senate for expected approval this week, before lawmakers leave Washington to spend the next six weeks campaigning for the Nov. 4 congressional elections.

There are pockets of opposition to the plan, especially among Republicans who hold a majority of seats in the House.

Representative Walter Jones, a North Carolina Republican, said he would vote against the amendment. He estimated that 10 or 15 other members of the party would join him, although he said he expected it would pass.

"Here we go again ... We train the Syrians today who are supposed to be our friends, but tomorrow they're our enemies," Jones said, after leaving a party meeting at the Capitol on Tuesday morning. "We need to let these other countries take care of their own region."

Republican lawmakers unveiled the measure on Monday to quickly provide the authority, but not the funding, that Obama wants to equip and train the rebels.

It sets conditions including barring the use of U.S. ground forces and requiring the administration to submit regular progress reports on the plan and its vetting of the rebels receiving the training and equipment.

Both houses of Congress must pass the stop-gap spending bill to keep the government open after the fiscal year ends on Sept. 30.