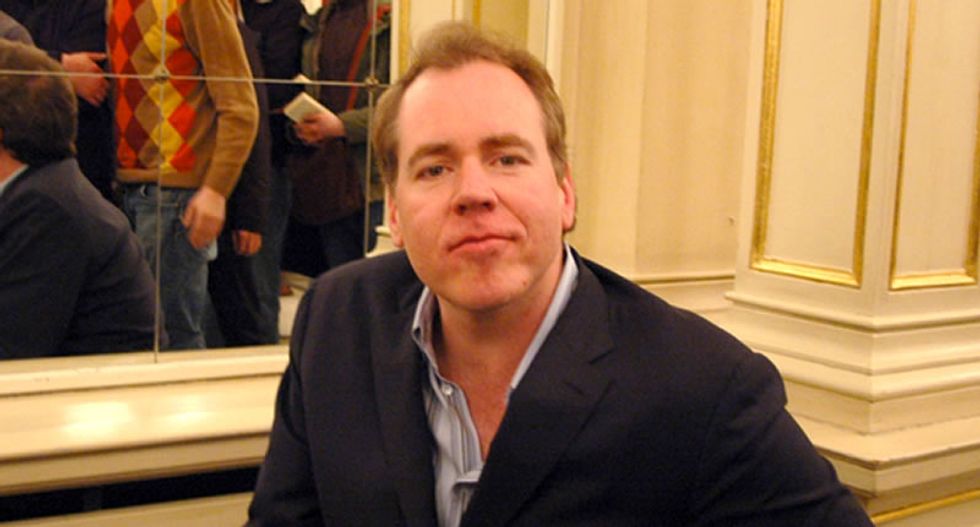 American Psycho author Bret Easton Ellis is being applauded by conservatives for an essay in which he castigated "Generation Wuss" for being overly sensitive, over-medicated, and incapable of confronting the realities of the world.

In an essay in Vanity Fair, Ellis wrote that when he coined the phrase "Generation Wuss" to refer to "the Millennial generation," he did so because he was exasperated by "their over-sensitivity, their insistence that they are right despite the overwhelming proof that suggests they are not, their lack of placing things within context, the overreacting, the passive-aggressive positivity, and, of course, all of this exacerbated by the meds they’ve been fed since childhood by over-protective 'helicopter' parents mapping their every move."

When confronted by disappointment, he claimed that "Generation Wuss responds by collapsing into sentimentality and creating victim narratives rather than acknowledging the realities of the world and grappling with them and processing them and then moving on, better prepared to navigate an often hostile or indifferent world that doesn’t care if you exist."

However, in the final paragraph, he noted that "I don’t pretend to be an expert on this generation any more than I feel I’m an expert on my own: I don’t feel like that old man complaining about the generation supplanting his. As someone who throughout his own career satirized my generation for their materialism and their shallowness, I didn’t think that pointing out aspects I noticed in Millennials was that big of a deal."

In fact, he wrote, "I’m sympathetic to Generation Wuss and their neurosis, their narcissism and their foolishness—add the fact that they were raised in the aftermath of 9/11, two wars, a brutal recession and it’s not hard to be sympathetic. But maybe in the way Lena Dunham is in Girls a show that perceives them with a caustic and withering eye and is also sympathetic."

Conservatives on Twitter were deaf to that closing appeal -- or they simply didn't finish the article -- as evidenced by the fact that they responded very positively to the criticism of "Generation Wuss" that occupy the essay's other paragraphs.

I went to college and served in the Army with these people. Fuck them. "Generation Wuss responds by collapsing... http://t.co/WdynIHXOfR
— Jack Murphy (@Jack Murphy) 1411917028.0

Whereas Steve Lake thought Ellis went too easy on Millennials when he called them "Generation Wuss," so he created a more descriptive hashtag for them:

In a similar vein, Helen McCaffrey admonished Millennials to put their "MAN PANTS ON":

Of course, this was all "obvious" to Tea Partiers like Anna Marie Perez: