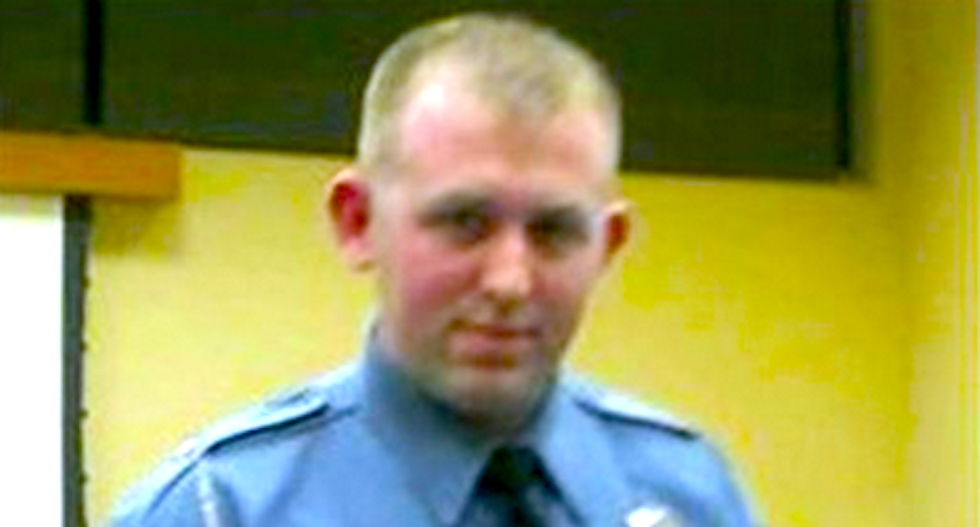 An attorney for Brooks claims Wilson “roughed up” and “manhandled” his client after he refused to hand over keys to PT Cruiser parked in his grandmother’s driveway.

“(Wilson) beat my ass in my front yard while I was handcuffed then gave me 6 felonies,” Brooks said in a Facebook post that has since been deleted.

The officer, who has made no public appearances since the fatal shooting, failed to show up for a preliminary hearing in the Brooks case.

That puts the case at risk, and prosecutors asked for the case to be reviewed by a grand jury in hopes of compelling Wilson’s testimony.

Defense attorney Nick Zotos wants the marijuana distribution charge dismissed because he doesn’t expect Wilson to show up in court.

The defense attorney told the St. Louis Post-Dispatch he had been assured by Wilson’s attorneys that the officer would not show up for any cases for at least the rest of the year – potentially jeopardizing all of those prosecutions.

"Wilson is compromised as a witness," Zotos said.

A spokesman for the St. Louis County prosecutor’s office said about a half-dozen pending criminal cases involved Wilson, the Post-Dispatch reported, and prosecutors will decide what to do with those on a “case-by-case” basis.

The AP reported that it’s not clear whether Brooks accused Wilson of unnecessary force before or after the officer shot Brown – setting off weeks of protests in Ferguson.

Ferguson police released a heavily redacted report from the Brooks arrest that showed Wilson was called about a suspicious vehicle possibly involved in a drug sale, the Post-Dispatch reported.

Wilson said Brooks slapped his hand away when the officer reached for his keys, and Wilson pushed or pulled Brooks to the ground and radioed for help.

The report shows Wilson never struck or used a weapon against Brooks but only used “hand control” or his own body weight to subdue the suspect.

Wilson received a commendation from the Ferguson City Council for his role in Brooks’ arrest -- and some of the only public photos of the officer came from the meeting he attended to accept the honor.

The Brooks case will not be heard by the same grand jury that is reviewing evidence in Brown’s Aug. 9 shooting death.

A decision is expected in the Brown case in mid-October or early November, prosecutors said.

Update: A previous version incorrectly reported the Brooks case would be heard by the same grand jury as the Brown case.