Details emerge in Adrian Peterson child abuse case: 'I’m all tearing that butt up when needed' 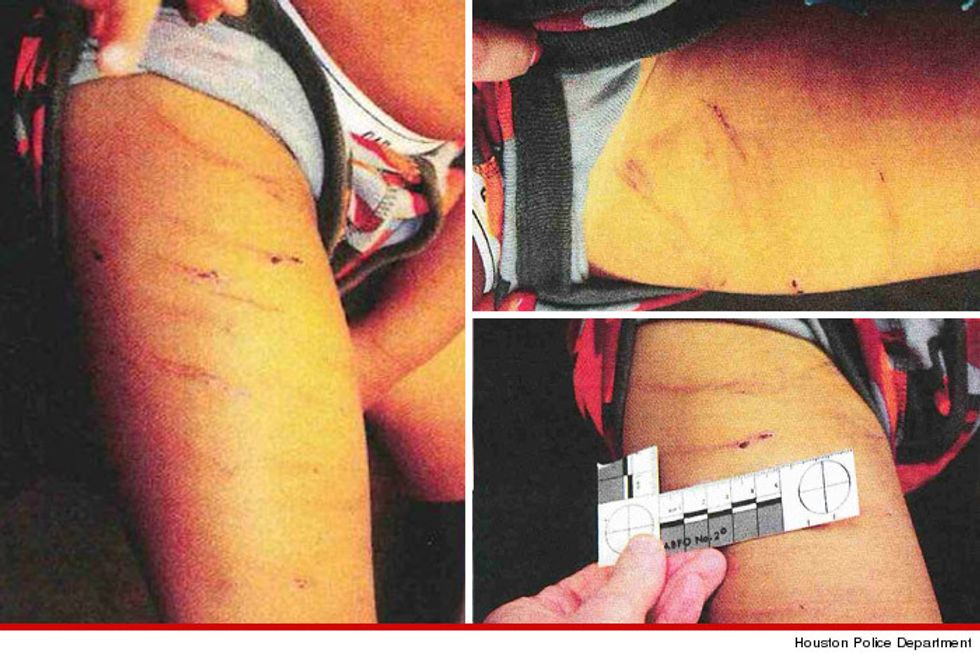 Police in Houston have released further details regarding their arrest of NFL running back Adrian Peterson on child abuse charges, including Peterson's admission that he beat his 4-year-old son with a 'switch,' according to CBS Houston.

Peterson was booked into the Montgomery County Texas Jail early Saturday morning, after being  allowed into the jail through a side entrance, to be processed and have his mugshot taken. Peterson reportedly posted $15,000 bond and left the facility thirty minutes later.

According to authorities, Peterson beat his 4-year-old son with a tree branch this summer because the child pushed one of his other children off of a motorbike video game.

As punishment Peterson reportedly struck the child repeatedly with a tree branch -- which he called a "switch" -- after stripping the leaves off of it.

The injuries to the child, discovered during a check-up with the child's doctor,  included cuts and bruises to the boy’s back, buttocks, ankles, legs and scrotum, along with defensive wounds to his hands.

Following the beating, Peterson allegedly texted the child's mother saying that he “felt bad after the fact when I notice the switch was wrapping around hitting I (sic) thigh.”

Peterson also acknowledged injuring the child’s scrotum, noting, “Got him in nuts once I noticed. But I felt so bad, n I’m all tearing that butt up when needed! I start putting them in timeout. N save the whooping for needed memories!”

According to police, Peterson also texted , “Never do I go overboard! But all my kids will know, hey daddy has the biggie heart but don’t play no games when it comes to acting right.”

Authorities said the child had a different story saying, "Daddy Peterson hit me on my face,” and that he was worried his father would punch him in the face if he told police what happened. He also added that Peterson put the branch’s leaves in his mouth while he was being beaten with his pants down.

In interviews with police, Peterson admitted to the beating saying the marks on the child were similar to those on  his other children get when he “spanks them with a switch.”

While saying that he felt bad when he saw the injuries on the child’s legs, Peterson stated that he didn't have any "ill intent" when administering the beating and that he understood the child's doctor reporting  the injuries to authorities, stating, “I have nothing to hide, but I also understand when a child has marks like that on his leg, they have to report that.”

The Minnesota Vikings have deactivated Peterson for Sunday's game against the New England Patriots.