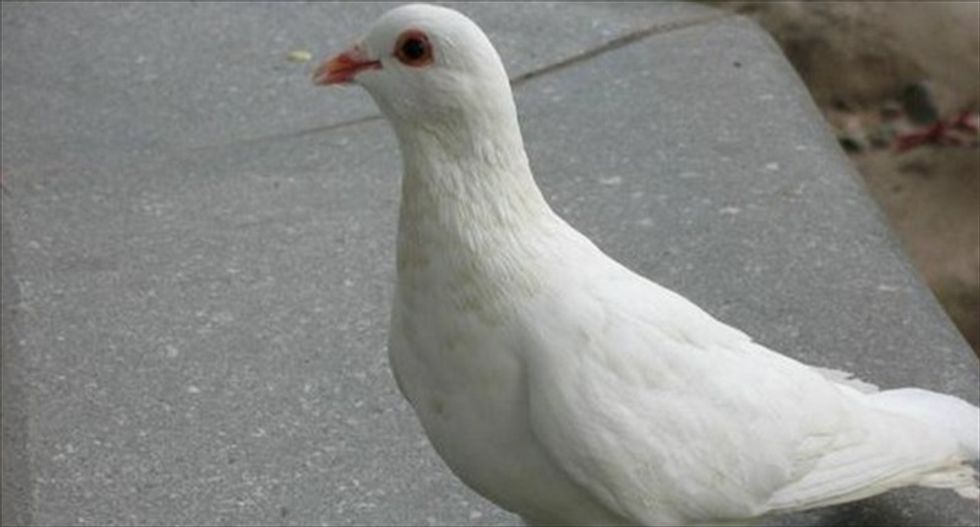 The People's Daily said on Twitter that 10,000 pigeons were inspected in advance of the celebration of National Day on Wednesday, as seen here:

The pigeon-related post was the most outlandish example of the paper's failure to acknowledge the thousands of protesters in downtown Hong Kong calling for democracy.

"We have spent more than a week under the sun, under pepper spray, we of course can stand the rain. Nothing can stop us," one protester told Agence France-Presse.