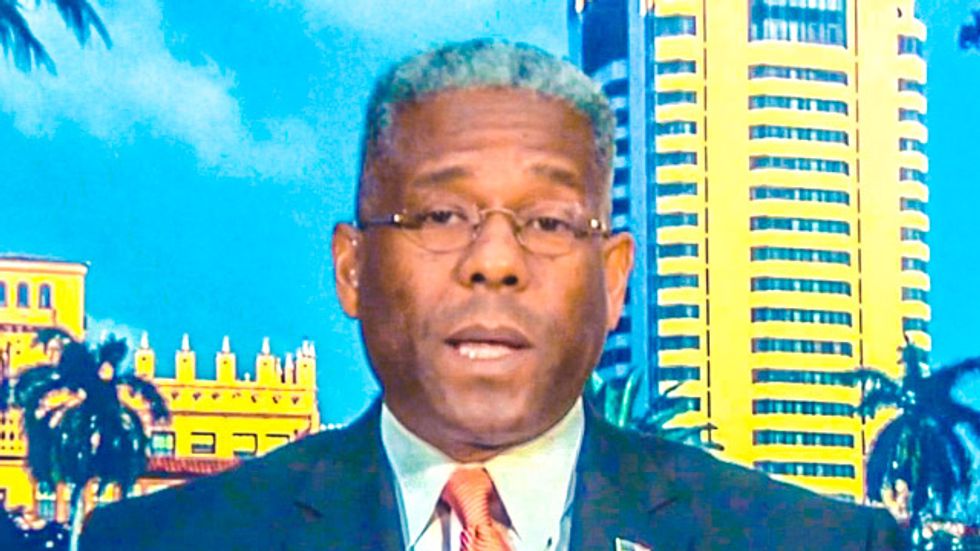 A former Secret Service agent and Marine Corps member argued that former Rep. Allen West (R-FL) would be the "perfect" choice to lead the agency following a recent breach of security at the White House, Talking Points Memo reported.

"West has successfully demonstrated that he possesses the leadership skills of a combat officer as well as managerial and diplomatic skills of a congressman, exactly the traits needed in the next director," Dan Emmett wrote in a column for The Washington Post. "Highly competent and beholden to no one in the Secret Service, he would be a superb director."

Emmett said in the column that 42-year-old Omar Gonzalez's unlawful entry into the White House on Sept. 19 showed that the agency was "in over its head" protecting President Barack Obama and his family.

Gonzalez reportedly jumped over the fence and overpowered at least one agent before being caught in the building's East Room. Emmett criticized agents for apprehending Gonzalez instead of killing him.

"This message undoubtedly will embolden our enemies, and that's a serious problem at a time when terrorist groups are planning major attacks on Western soil and coming alarmingly close to carrying them out," he argued. Instead of a "law enforcement organization" protecting the White House, Emmett said, combat troops including "roving patrols of soldiers or Marines" should be in charge of that detail while the U.S. is currently fighting the Islamic State terrorist group.

Emmett did not mention that West, a frequent Fox News guest who served one congressional term, was charged with violating two articles of the Uniform Code while serving in Iraq as an Army lieutenant colonel in 2003. West testified at a military court hearing that he watched four soldiers under his command beat the detainee, then threatened to shoot him. West was fined $5,000 and allowed to retire with full benefits.