Fox host tells Ben Carson: You as president is like a lawmaker doing brain surgery 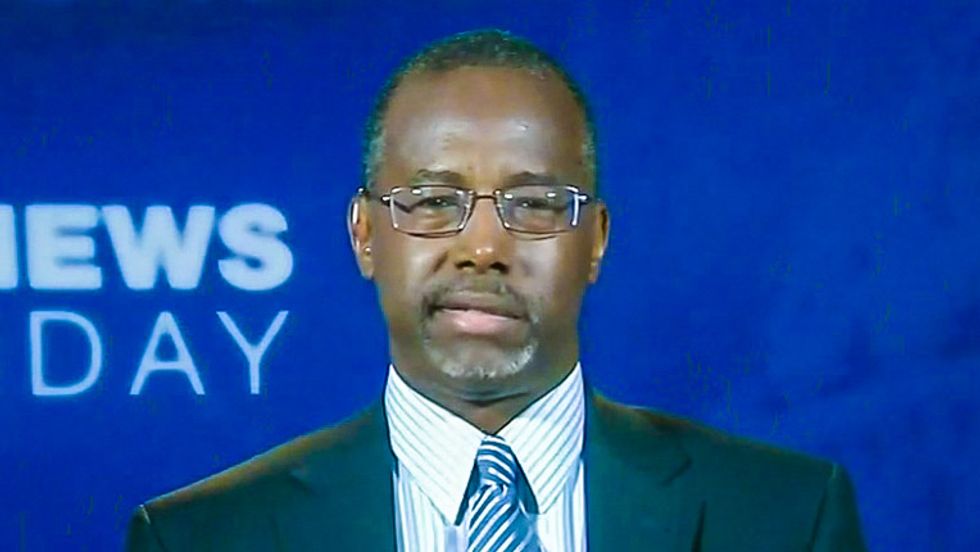 Fox News host Chris Wallace on Sunday pointed out to former neurosurgeon Ben Carson that it might be irresponsible to elect him president because he had never been elected to office and had no experience in government.

"You and I are friends," Wallace noted in an interview with Carson on Fox News Sunday. "I have great regard for you, and this question I'm about to ask you, we've talked about in private. But after looking at Barack Obama, and what's happened with his lack of political experience of these last six years, wouldn't putting Ben Carson in the Oval Office being akin to putting a politician in an operating room and having him perform one of your brain surgeries?"

Carson disagreed: "I don't think so. I think what is required for leadership is wisdom, and the ability to assemble an appropriate team, an ability to listen, and an ability to make wise decisions."

But the Republican darling also warned that he may never be able to launch his bid for the White House because President Barack Obama's policies cold cause anarchy, and elections would be canceled.

"I hope that's not going to be the case," he said. "But certainly there is the potential because we have a rapidly increasing national debt, a very unstable financial foundation, and you have all of these things going on like the ISIS crisis that could very rapidly change things in our nation."

"And unless we begin to deal with these things in a comprehensive way, and in a logical way, there's no telling what could happen in just in a matter in a couple of years," Carson continued. "And particularly in a situation where we have a Senate and a Senate leader who have 300 bills sitting on his desk, will not bring them to the floor for a vote, thereby thwarting the will of the people."

Wallace wondered if Carson really wanted to spend the next two years campaigning when he was "a distinct long shot."

"Given the state of our nation, looking at what's going on, and understanding that sometimes we're called to do things we don't want to do because we have to do them," Carson replied.