Fox News host apologizes to wife, not fighter pilot, for 'boobs on the ground' quip 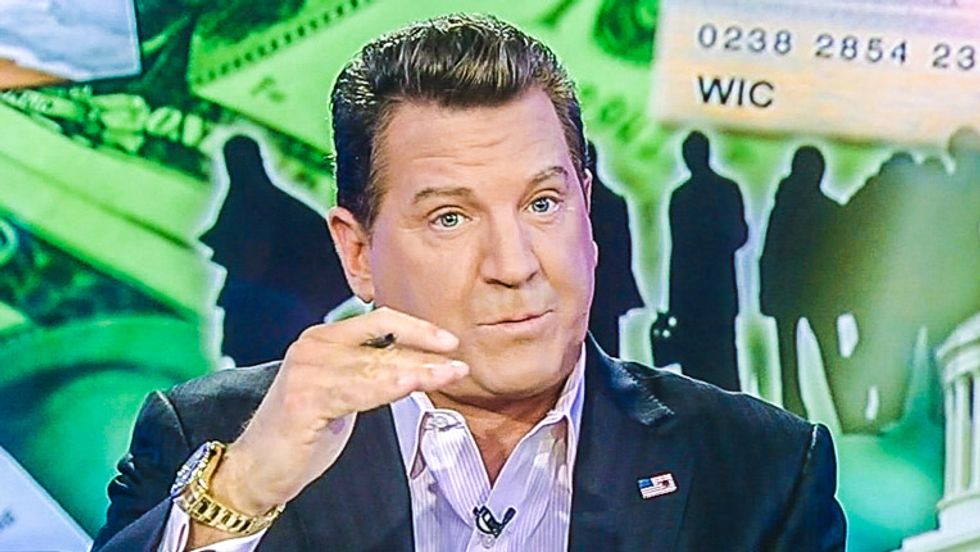 Facing criticism at home and elsewhere, Fox news host Eric Bolling apologized to his wife and viewers for an off-hand quip referring to a female fighter pilot running bombing sorties against ISIS as "boobs on the ground."

On Wednesday's edition of Fox's The Five, Bolling interjected himself into the conversation after co-host Kimberly Guilfoyle said. “The first female pilot, piloting for the [United Arab Emirates], there she was leading the strikes, dropping the bombs on ISIS Monday night.”

“Would that be considered ‘boobs on the ground’?” Bolling asked.

Thursday night, Bolling apologized to his wife and Fox viewers -- but not the pilot, Major Mariam Al Mansouri -- for his joke, while pointing out his wife was not amused.

"I want to go back to last night, about this time I made a joke. When I got home, I got the look," Bolling said. "And I realized some people didn't think it was funny at all. I said sorry to my wife and I apologize to all of you as well, I just want to make that very clear."

Stewart ripped into Bolling saying, "F*ck you and all your false patriotism."