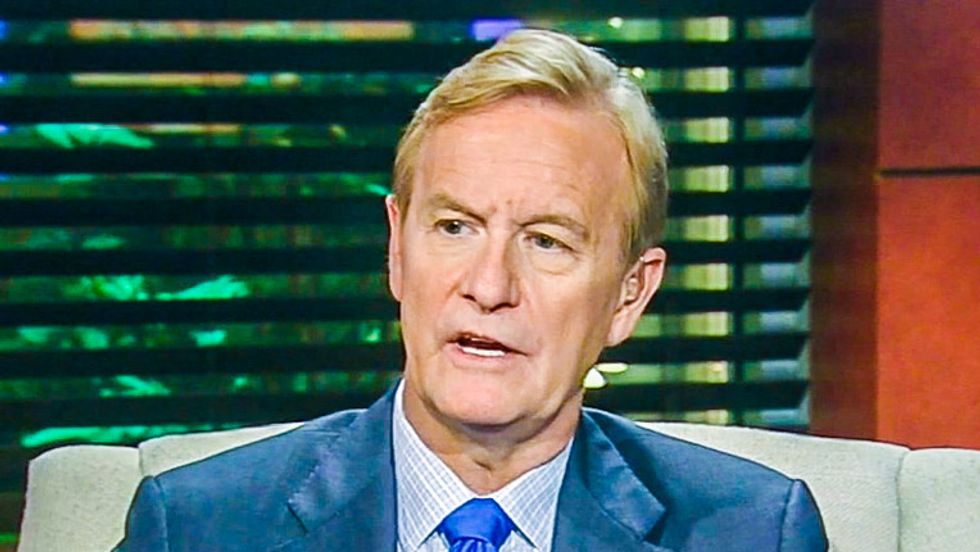 A Tuesday morning Fox & Friends segment suggested that more Americans could be beheaded if President Barack Obama was successful in his effort to make guns safer.

Conservative websites have hailed off-duty officer Mark Vaughn as a Second Amendment hero after he shot Alton Nolen, who had beheaded one employee at an Oklahoma food processing plant and was allegedly going to murder another earlier this month.

But according to Napolitano, the good guys would not be able to use guns to stop bad guys if President Obama had his way.

"He's doing everything he can, administratively as the chief executive officer of the federal government, and now attempting to get us to enact a treaty to make it very, very difficult to carry guns," he warned. "He's told doctors, ask your patients if they have guns. He's told the states, ask people when they get registered for guns what their race is. What business is it of the government what race I am?"

"It's to intimidate people out of getting guns because the president believes that he and the government -- and all logic defies this! -- can keep us safer that we can keep our self," Napolitano added.

"So if Barack Obama could, he would ban guns in the hands of everybody except the police," Fox News host Steve Doocy concluded. "So the takeaway from what happened in the horrific murder down in Oklahoma in the Vaughn corporation, number one, was the guy inspired by ISIS or extremism to behead that woman?"

"The other is that perhaps the president of that company stopped other people from being killed because he was armed legally."

Napolitano agreed: "If more people were legally armed, there would be less violence, period. Whether it's monsters trying to destroy us or whether it's a crackpot in the workplace or a nut job in the street."

A study published in the American Journal of Medicine last year found that countries with more guns were less safe.

"There was a significant correlation between guns per head per country and the rate of firearm-related deaths with Japan being on one end of the spectrum and the US being on the other. This argues against the notion of more guns translating into less crime," study author Sripal Bangalore noted at the time.

The Fox News pundits did not speculate on how many more people the Oklahoma beheading suspect could have killed if he had used a gun instead of a knife.