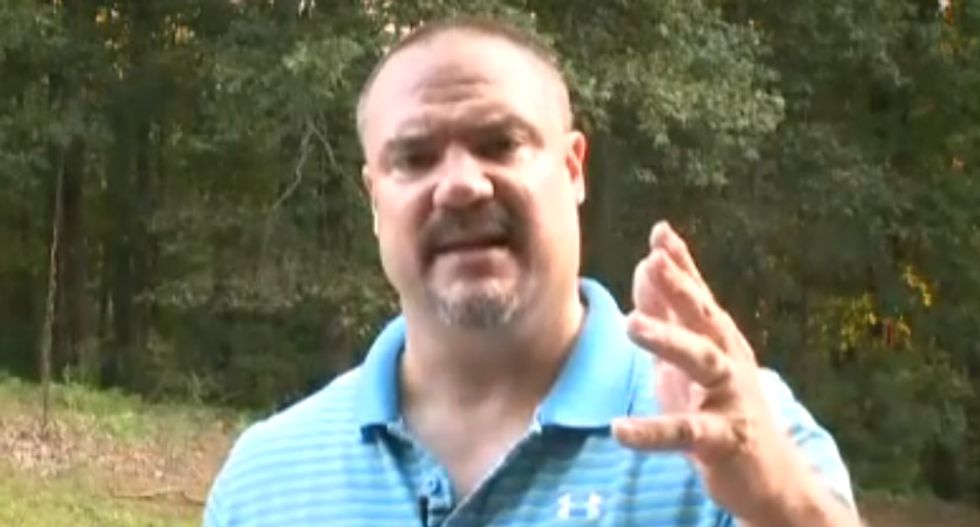 A history teacher in Cherokee County, Georgia has decided to take a week of sick days to protest those who criticize him for "bringing God into the classroom," 11Alive reports.

Sequoyah High School teacher John Osborne said that he left because he didn't feel the administration supported him. "I do have the right to fight for what I believe in and talk about Jesus in the classroom," he told 11Alive, and claimed that he had been talking about Christ in the classroom "for years."

But when a student complained that Osborne had told a class that pot smokers were going to Hell, the administration brought Osborne in discuss the matter. He claimed that he never said such a thing, but admitted to regularly discussing Jesus Christ in his history classes.

"As I have grown in Christ," he said, "it's grown stronger in the classroom."

When asked whether he would return after he used up his sick days, Osborne said, "I don't know -- only God knows -- and I will pray about it."

Earlier this week, students protested what they mistakenly believed was the administration's decision to bar Osborne from the classroom. "Bring back Osborne," they chanted in the halls after noticing his absence.

The administration said in a press release that "the Sequoyah High School teacher in question remains a CCSD employee and no disciplinary action has been taken against him; the teacher on Friday gave the school's administration notice that he would be taking leave this week."

Watch a report via 11Alive below.