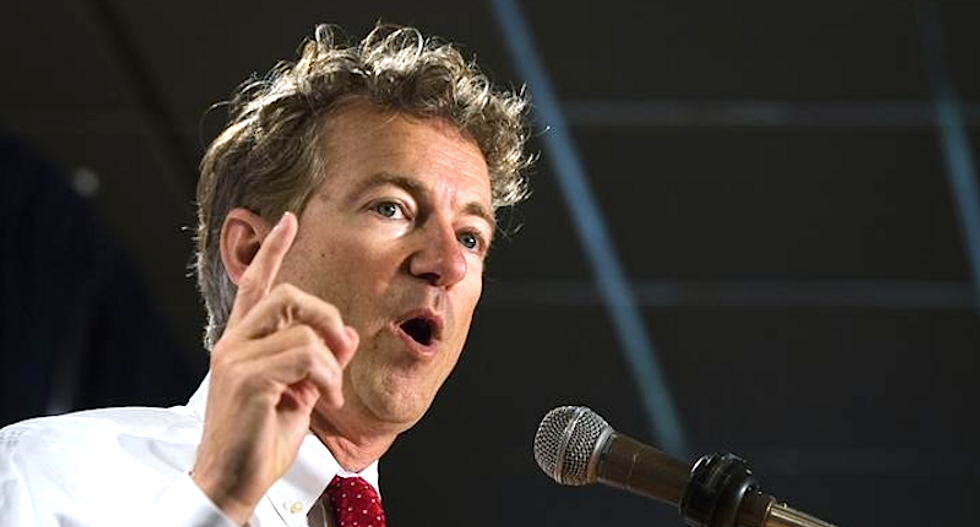 U.S. lawmakers say they are on the verge of taking a "war vote" as they consider whether to back President Barack Obama's campaign to destroy Islamic State, and despite broad support for action many fear being drawn into a quagmire.

The White House wants Congress to approve $500 million to train and arm moderate Syrian rebels to battle Islamic State militants, a show of confidence for administration officials as they try to form an international coalition.

The beheadings of two U.S. captives by Islamic State have steeled lawmakers to the need for more military action, and both Democratic and Republican congressional leaders were supportive of Obama's plan on Wednesday.

But some Republicans in particular say they want more information from the administration about its wider strategy to combat global terrorism, and many would prefer a broad vote rather than one focused on funding.

"This could be taken by some as a war vote," said House Appropriations Committee Chairman Hal Rogers, adding that he has reservations about providing weapons that could fall into enemy hands.

"There are so many unknowns that we are dealing with here, it's too early to make any decisions," the Kentucky Republican told reporters shortly before Obama told Americans in a speech on Wednesday night that he had authorized an escalation of his campaign against Islamic State.

Republican Sen. Rand Paul, also from Kentucky and normally a leader of his party's isolationist wing, said he would support military action against Islamic State, but wants Obama to "follow the Constitution" and seek congressional authorization.

Just a year ago, U.S. lawmakers recoiled at the thought of military strikes against Syria's government for using chemical weapons. They handed Obama an embarrassing foreign policy defeat as anti-war Democrats joined isolationist Republicans in a rare show of bi-partisanship that killed his request for strikes.

Democrats are crossing the aisle again, this time as they voice strong support for attacking Islamic State, though the overwhelming majority of lawmakers from both parties oppose the idea of sending in any U.S. ground troops.

"I often disagree with the president's foreign policy, but you've got to come together as a nation to stand up to ISIS," said Rep. Luke Messer, an Indiana Republican, using another name for Islamic State.

While criticizing Obama's previous handling of the threat from Syria, Representative Tom Cole, an Oklahoma Republican, predicted Obama would ultimately get bipartisan support.

"You back presidents up in a situation like this," Cole said.

Obama has requested that funds for training rebels be included in a stop-gap funding bill that would avert a U.S. government shutdown on Oct. 1, the start of a new fiscal year.

The White House has said Obama he does not believe he needs Congress' formal authorization to attack Islamic State.

Obama is making a concerted effort to court lawmakers. A day after the speech, the White House is dispatching top administration officials to conduct closed-door briefings for the full Senate and House on Thursday.

Obama hosted the four leaders of Congress at the White House on Tuesday, and on Wednesday Senate Majority Leader Harry Reid, a Democrat, backed the plan to train Syrian rebels.

Connecticut Democratic Senator Chris Murphy said he, like Obama, favored working with partners in the region.

"I think he laid out a very compelling case," he said.

Still, Murphy had misgivings about arming and training Syrian rebels. "I have long been a skeptic of our ability to maneuver the nuances of an increasingly complicated civil war inside Syria," he said.

Islamic State's brutality and lightning takeover of large swathes of Iraq and Syria have galvanized the public, and their elected representatives.

"There was absolutely zero appetite ... a year ago for any initiation of hostilities beyond what was absolutely necessary to protect us in a very direct way. Now you see, (poll ratings) in the 70s, people saying ISIS must be stopped," said House of Representatives Democratic Leader Nancy Pelosi, a leading liberal voice in Congress.

Members campaigning ahead of the Nov. 4 elections -- in which the entire House and one-third of the Senate are up for grabs -- said they had been hearing concerns about Islamic State from voters, a departure from Americans' typical focus on domestic issues.

A Washington Post-ABC News poll this week showed that 71 percent of all Americans support the air strikes in Iraq, up from 54 percent three weeks ago and from 45 percent in June.

Democratic congressional aides said privately that some party members in tough re-election contests are asking that there be no broad authorization vote, to avoiding any chance at alienating their anti-war supporters.

Vermont Sen. Bernie Sanders, an independent allied with the Democrats, denounced ISIS as a "threat to the world" a "savage group of people."

But Sanders, who voted against the authorization for the use of military force in Iraq in 2002, said it was crucial to avoid following the approach of former President George W. Bush and former Vice President Dick Cheney.

"We were strong and tough under Bush and Cheney and it was the worst foreign policy blunder in the modern history of the United States. I don't think we want to repeat that," he said.