Hillary Clinton tells Iowa she's 'thinking about it' ahead of 2016 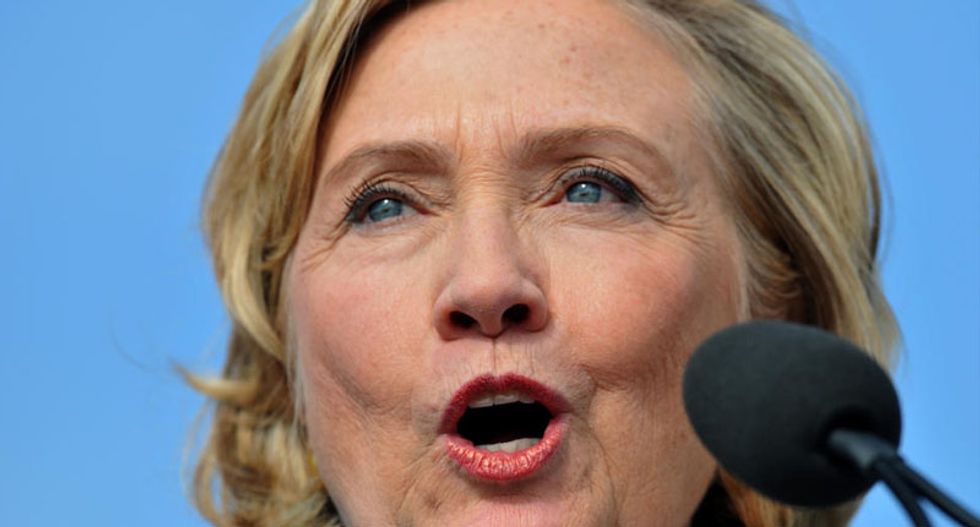 Appearing Sunday in Iowa, a critical state in the US presidential election cycle, Hillary Clinton joked about her potential 2016 White House bid, telling Democratic supporters she was "thinking about it."

The former secretary of state, who says she will announce next year whether she will run for president, attended an annual "Steak Fry" hosted by retiring Democratic Senator Tom Harkin, where she stumped for Iowa candidates ahead of midterm elections in November.

With tongue-in-cheek references to a possible run, the low-key affair had the undertones of a campaign lead-up.

"It is true. I am thinking about it," Clinton said, in apparent reference to a White House bid.

"But for today, that is not why I'm here. I am here for the steak," she said.

Iowa, a small farming state of 3.1 million, holds disproportionate sway in US presidential politics due to its caucuses, which are the first-in-the-nation nominating event each election cycle.

The outcome serves as a bellwether for subsequent states' primaries and caucuses.

Clinton, 66, already has infrastructure for a possible presidential run practically in place, including key campaign figures and financial networks.

"I've got a few things on my mind these days," Clinton told the crowd, referring to the White House as well as the grandchild she is expecting from daughter Chelsea Clinton, in a speech that championed the middle class, women's health issues and equal pay.

Iowa is the state where on January 3, 2008, then senator Barack Obama scored his first victory against then senator Clinton, as both vied for the Democratic presidential nomination.

Obama gained 38 percent of the Democratic vote, with Clinton finishing in third in a heavy blow.

"Well, it's been several years and a lot has changed," Clinton, who went on to serve as Obama's secretary of state, told the crowd of around 5,000.

"And let me tell you, he sure loves Iowa," Clinton added of Obama.

Clinton, who is also the former first lady, is polling far ahead of other potential Democratic contenders, including in Iowa.