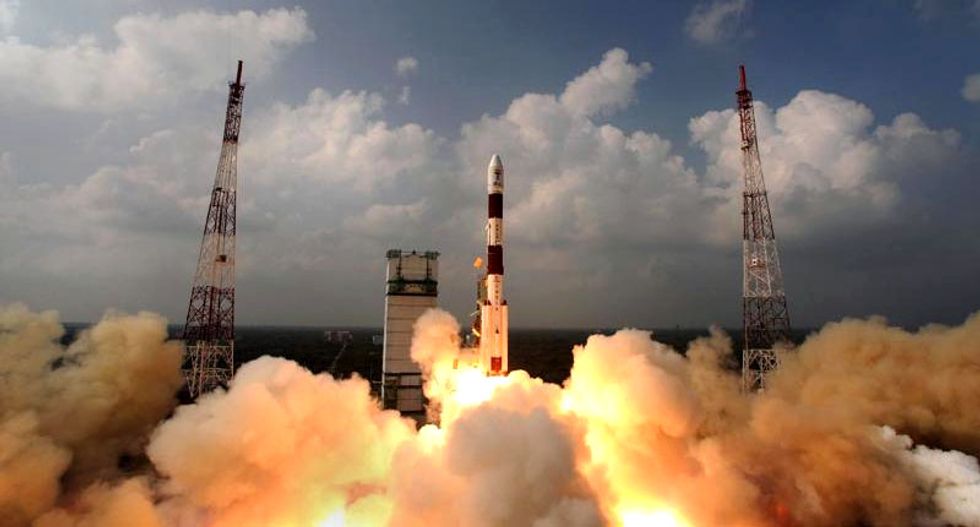 An Indian spacecraft is on course to reach Mars, an official said Monday, following a 666-million-kilometre voyage that could see New Delhi's low-cost space programme win Asia's race to the Red Planet.

The 350-tonne rocket carrying an unmanned probe is set to enter Mars's orbit next week after 10 months in space.

It is India's first mission to the planet to search for evidence of life.

"India will be the first country in the world to insert a spacecraft into the Martian orbit in a maiden attempt if the operation succeeds," ISRO scientific secretary V. Koteswara Rao told reporters.

Rao said the rocket's engines will be "woken up" to allow for a "course correction" on Sunday before its arrival on September 24.

The cost of the project, at 4.5 billion rupees ($70 million), is a fraction of the $671 million NASA spacecraft that also launched last year and is expected to arrive within days of the Indian craft.

India has never before attempted inter-planetary travel. More than half of all missions to Mars have ended in failure, including China's in 2011 and Japan's in 2003.

Only the United States, Russia and the European Space Agency have been successful.

The Mars Orbiter Mission was revealed only 15 months ago by the previous prime minister.

The timing and place of the announcement -- in an Independence Day speech -- led to speculation India was seeking to make a point to China, despite denials from ISRO.

The gold-coloured probe, the size of a small car, will aim to detect methane in the Martian atmosphere, which could provide evidence of some sort of life form on the fourth planet from the sun.

Prime Minister Narendra Modi has hailed the country's low-cost technology, saying a domestically-made rocket that launched four foreign satellites into orbit in June had cost less to make than the Hollywood film "Gravity".

But the programme has also faced critics who say a country that struggles to feed its people adequately should not be splurging on space travel.