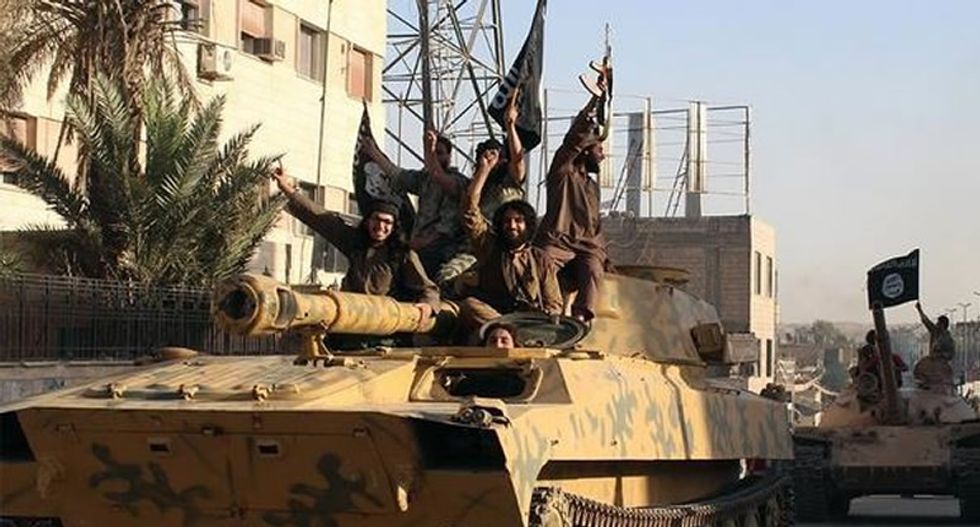 Islamic State has won new recruits in Syria since President Barack Obama signaled last week that air strikes against the group will be expanded from Iraq to its strongholds in northern and eastern Syria, a group monitoring the war said on Wednesday.

The Syrian Observatory for Human Rights said 162 people had joined Islamic State training camps in Aleppo province since Sept 10, when Obama said he would not hesitate to strike Islamic State in Syria.

The new recruits do not represent a big increase in the size of IS, which is estimated by intelligence agencies at 20,000 to 30,000 fighters in Syria and Iraq. But they do illustrate the risk that U.S.-led efforts to crush Islamic State will end up winning it more followers.

Islamic State's main Syrian bases are in the northern and eastern provinces of Raqqa and Deir al-Zor, which borders Iraq. The group moved west into Aleppo in August, seizing territory from other insurgents and occupying strategic hilltops, said Rami Abdulrahman, who runs the Observatory. The Islamic State's new recruits joined two of its training camps in the area.

Abdulrahman, whose organization gathers information from all sides in the Syrian conflict, estimates the group now has more than 50,000 fighters in Syria alone.

Four of the new recruits were Australian nationals and 15 of them non-Syrian Arabs who crossed from Turkey, the Observatory said. The rest were Syrians, most of them formerly fighters with the Nusra Front, al Qaeda's official affiliate in the Syrian war and a rival of Islamic State.

Obama declared his plans to establish a broad coalition against Islamic State last week. World powers meeting in Paris on Monday gave public backing to military action to fight the group in Iraq.

Al Qaeda in the Arabian Peninsula and al Qaeda in the Islamic Maghreb have both urged rival Islamist groups in Iraq and Syria to stop fighting each other and unite against the U.S.-led alliance preparing to attack.