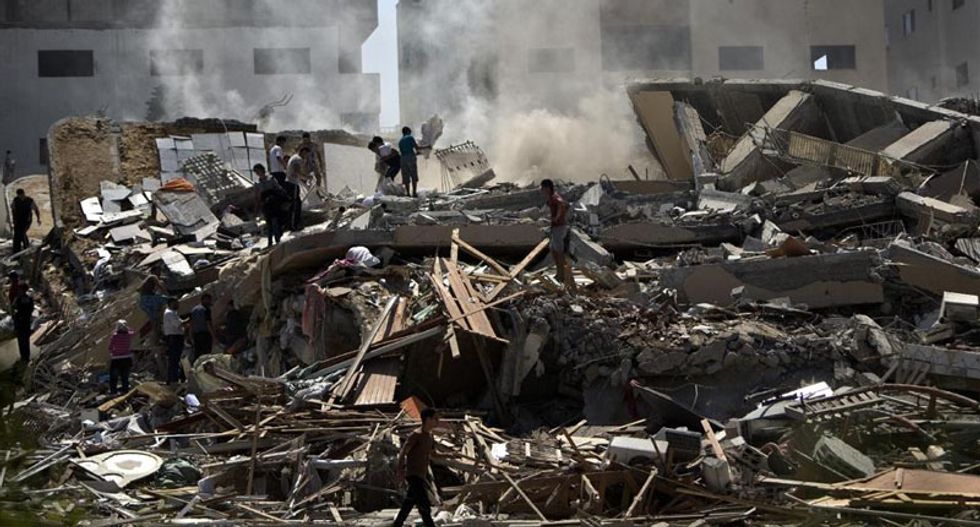 Israel is likely to have committed war crimes in Gaza, Human Rights Watch said Thursday, a day after the army announced five criminal investigations into incidents involving its forces.

The 50-day Gaza war between Israel and Hamas-led militants ended on August 26 after killing more than 2,100 Palestinians, most of them civilians, and 73 people on the Israeli side, 67 of them soldiers.

The New York-based rights watchdog said in a statement that in three cases it examined, Israel caused "numerous civilian casualties in violation of the laws of war".

The incidents were the separate shellings of two UN schools in northern Gaza on July 24 and 30, and a guided missile strike on another UN school in the southern city of Rafah on August 3.

The attacks killed a total of 45 people including 17 children, HRW said.

"Unlawful attacks carried out wilfully -- that is, deliberately or recklessly -- are war crimes," it said.

A top army legal official said Wednesday the military was already launching criminal investigations into five incidents, including the July 24 case, where Israeli shelling killed at least 15 people at a UN school in Beit Hanun in northern Gaza.

The army is to look into several dozen other cases for potential criminal investigation, but has not yet mentioned the July 30 or August 3 incidents.

The official said the army had already dismissed seven incidents referred for review, including the death of eight members of a single family in an Israeli air strike on their home, and the killing of a man reports said was a media worker.

The United Nations and international rights groups have condemned Israel for numerous attacks, and Washington slammed the July 24 UN school attack, but refrained from placing the blame squarely on Israel.

The Palestinians have threatened Israel with action at the International Criminal Court over war crimes allegations, and Hamas has signed a proposal for Palestinians to join the body, potentially opening itself up to investigation.