It really is that simple: Feminists care about women 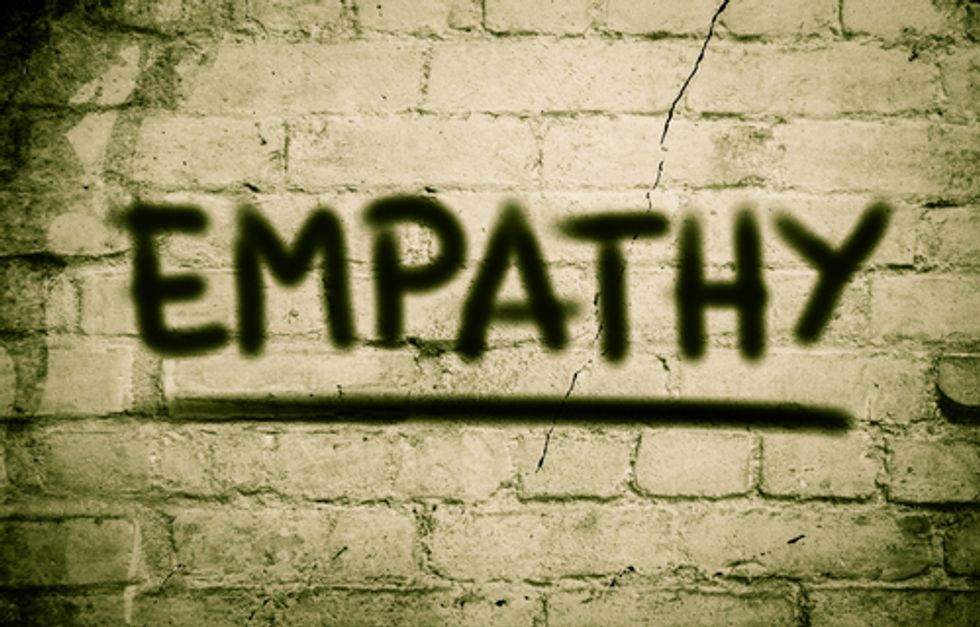 I meant to post earlier, but the day got past me, in part because I was on CNN talking about the celebrity photo theft situation. Sadly, the video isn't online---I suspect it got drowned out by bigger news stories---but I have been mildly fascinated by the way that assorted sexists have bent themselves into pretzels to suggest that it's a woman's fault if someone else forcibly tries to steal part of her private sex life from her to expose it to the world. It's expanded well beyond the usual don't-enjoy-your-life-if-you-don't-want-random-strangers-to-humiliate-you-for-it bullshit. David Futrelle collected a strange theory that seems awfully popular amongst the misogynist crowd on Reddit. 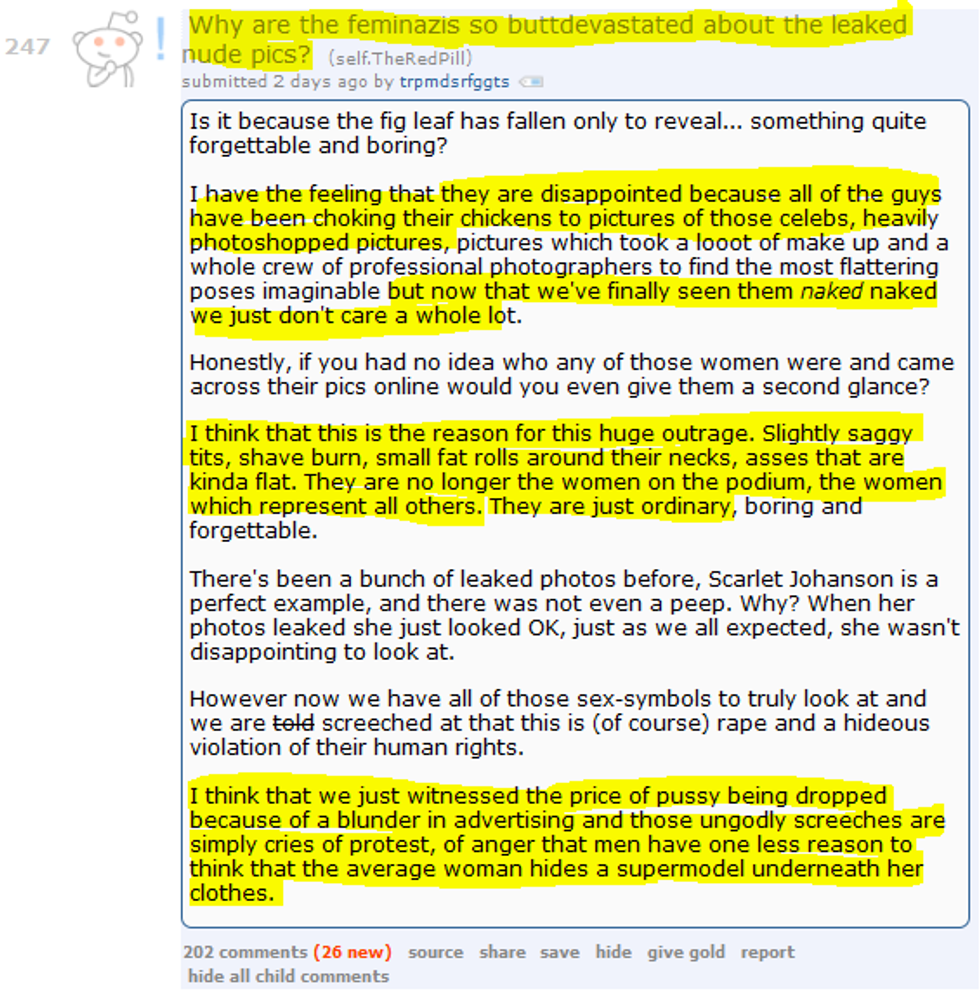 Of course, right up until now, the main accusation against feminists is we're trying to force MRAs to be attracted to women who don't meet their exceedingly narrow beauty standards, because of our supposed and endless desperation for misogynist cock. And that we speak out against photoshopping excesses, etc. because we're trying to steal the boners. But now the claim is we're trying to hide female imperfection from them because it steals our vampiric lady powers. As with the feminists are sluts/feminists are prudes claim, somehow the same misogynists tend to hold both beliefs at once without noticing the contradiction.

David has some more examples, so I recommend reading his blog. But what really jumped out at me about these elaborate contortions is that they exist because MRAs reject outright the simplest explanation for why feminists are outraged about the photo theft: Because we believe women are human beings and have a right to privacy, and we're repulsed by men who think it's a fun sport to try to steal that from women. This is not only the simplest explanation, but also happens to be the true one.

So why do MRAs reject it outright? I suspect it's because they believe that it's impossible for anyone to give two shits about women. It's the everyone-else-is-like-me fallacy. Because they can't see women as human beings, they assume that must be true for everyone, even feminists.

You see this fallacy all over the anti-feminist blogs and conservative media angry herds of angry screamers on Twitter, that feminists must have some motivation other than a desire to help women. It's because we're trying to control the "price" of pussy or we're attention whores or we're broken people or ugly or sluts or professional victims or whatever. Because the idea that anyone could ever actually care about women just strikes them as too implausible to be entertained as a possibility.

But no, it really is the case. I am repulsed by people who steal your private sex photos and use them to publicly humiliate you for a simple reason: Because very few, if any people, want to have the private parts of their lives held out for the entire world to examine, and I am capable of imagining that people who aren't me, including women, have internal lives and feelings just as much as I do. Seems simple, and yet so many people think that it's preposterous that this could actually be the motivation.

Updated to add the video of my CNN appearance, which Tracy Clark-Flory graciously shared on Facebook: