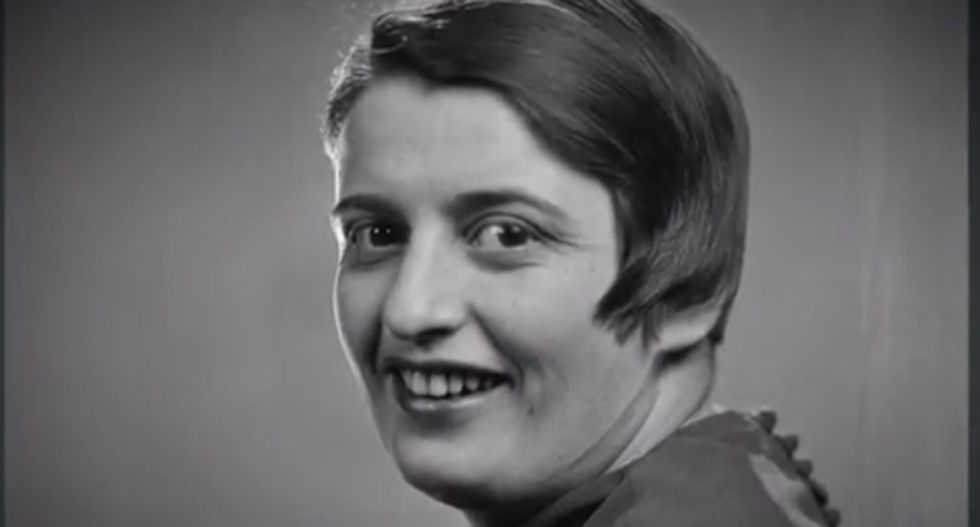 On HBO's Last Week Tonight, host John Oliver presented an informational segment on the enduring influence of libertarian writer Ayn Rand on politicians and captains of industry, asking, 'Ayn Rand: How is she still a thing?"

Noting that Rand is popular with conservatives, despite the inability by many of them to pronounce her name correctly, the narrator explains that Rand became famous for her philosophy of objectivism, "which is a nice way of saying, 'being a selfish asshole'."

Rand is shown in interview saying, "Why is it good to want others to be happy? You can make others happy and when and if those others mean something to you selfishly."

Rand is noted for her two novels, Atlas Shrugged and The Foutainhead, "Stories about rapey heroes complaining about how no one appreciates their true genius."

"Ayn Rand has always been popular with teenagers," we are informed. "But she is supposed to be something you grow out of, like ska music or handjobs."

The segment notes that Rand is still popular with "a certain type of adult," using tech billionaire Mark Cuban as an example, pointing out Cuban's "287-foot yacht is named 'Fountainhead,' because sometimes having a 287-foot yacht just isn't enough to warn people you're a douchebag."

Partucular attention is paid to Rand's popularity with conservative politicians and commentators such as former vice presidential nominee Paul Ryan, Kentucky Senator Rand Paul, Texas Senator Ted Cruz, and TV host Glenn Beck, noting that her views on subjects near and dear to conservative hearts -- such as abortion, atheism, and love of Ronald Reagan -- are in direct conflict with mainstream conservative thinking.

The segment concludes by wondering why people still love Rand when there are so many "other advocates for selfishness they could choose, like Donald Trump, or Drake, and basically anyone on Bravo."

Watch the video below, via Crooks & Liars: