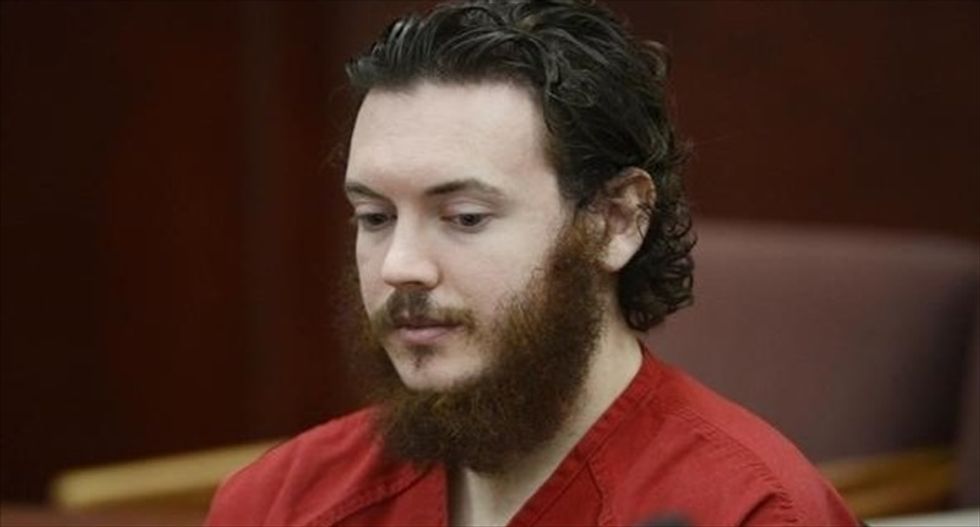 A judge presiding over the Colorado theater massacre case ruled on Tuesday that he will allow the murder trial of accused gunman James Holmes to be recorded for television despite opposition from lawyers on both sides, a court ruling showed.

The request by media outlets for such coverage had been opposed by both prosecutors and defense lawyers, who argued that allowing cameras in the courtroom could expose witnesses and attorneys to threats, intimidation or other forms of harassment.

Arapahoe County District Court Judge Carlos Samour, in allowing expanded media coverage of proceedings due to begin in December, ruled that closed-circuit recordings of the trial be made accessible to electronic media outlets.

"The public's strong interest in this trial makes the request for EMC (expanded media coverage) particularly compelling," the judge wrote in his ruling, although he denied a request to have a television station camera or still photographer physically present in the courtroom.

"The Court acknowledges that this is the first time it has allowed EMC of a trial. However, the court has never presided over a trial that has received anywhere near the interest this case has attracted," Samour wrote. "Nor has the court participated in a trial with the intense and widespread publicity that surrounds this case."

Holmes, 26, has pleaded not guilty by reason of insanity to shooting to death 12 moviegoers and wounding dozens more inside a suburban Denver cinema in July 2012 at a midnight screening of the Batman movie "The Dark Knight Rises."

Public defenders have conceded the former neuroscience graduate student from California was the lone shooter, but say he was in the throes of a psychotic episode at the time.

Prosecutors have charged Holmes with multiple counts of first-degree murder and attempted murder, and have said they will seek the death penalty if he is convicted.

Why do this country’s most lucrative media properties spend so much time and so many resources covering the “dangers” of political extremism?

It’s not because of the fear of Donald Trump and his redhat fascism.

Decked out in helmet, belt, gold-plated armor and sandals, Juan Pablo Huanacchini Mamani gazes out vacantly from the Ollantaytambo Inca ruins in Peru.

His Inca warrior costume sparkles in the sunlight, but the 48-year-old feels no joy.