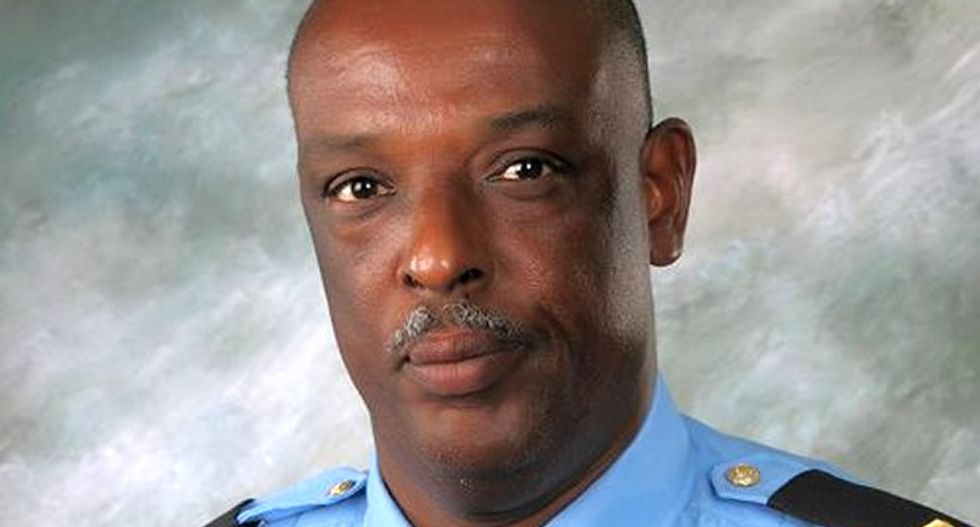 A St. John the Baptist Parish Sheriff Department officer was shot and killed by fellow deputies after a domestic disturbance at his daughter's home led to a hostage standoff, the Times-Picayune reports.

Deputies responded to a 911 call shortly before 2 p.m. on Tuesday at the house where the adult daughter of Lieutenant Nolan Anderson, a 25-year veteran of the St. John Sheriff's Office, and his wife, Lisa, lived.

As police arrived, Lt. Anderson alerted officers via his departmental radio that the situation at the house was volatile.

St. John Sheriff Mike Tregre said that Lt. Anderson, who was on-duty and in uniform at the time, then told officers that they "would have to come in and get him."

Officers attempted to get Lt. Anderson to put down his weapon and exit his daughter's house, but he refused. Instead, he stood in the doorway, aimed at his fellow deputies, and opened fire.

His wife, who had been injured in the altercation with her husband, was also taken to the hospital, but she is expected to make a full recovery.

"We had to take a life," Sheriff Tregre said. "It's a tough day. I knew Nolan, we all knew Nolan. We went to high school together, played ball together, a very good officer. Life is full of decisions. He made a decision today, we had to make a decision to use lethal force, wished we could change it, we can't."

As for what led to the altercation, State Police spokeswoman Trooper Melissa Matey told the Times-Picayune that she did not know. "We are in the preliminary stages of the investigation," she said, "there are a lot of interviews that need to take place, a lot of evidence that need to be collected."

She refused to comment as to whether the couple had a history of domestic conflicts.

Watch a report on the shooting via WWL below.