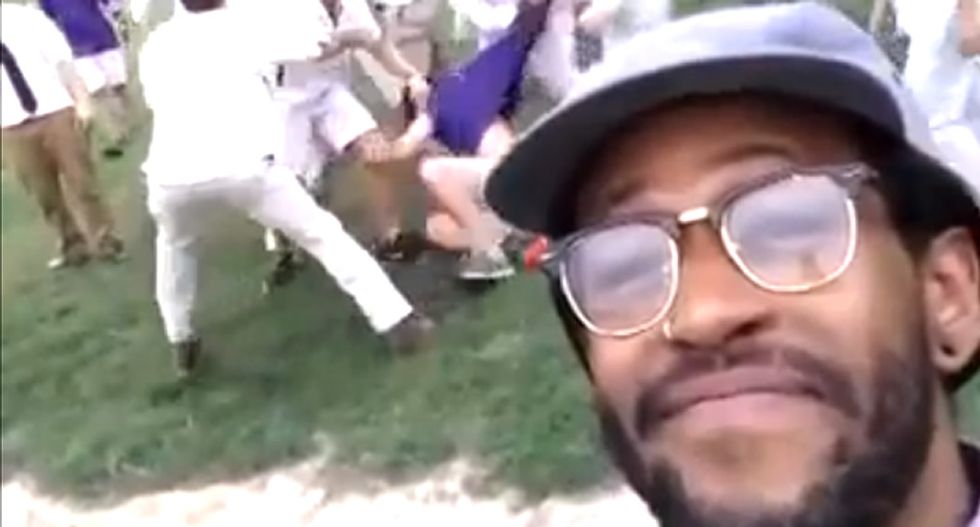 In a video posted on Reddit with the title, "When White People Fight," a black man can be seen taking a "selfie" while members of what appears to be a fraternity assault a man in a purple shirt behind him.

Although no one in the short clip can be identified, it is clear that the majority of the young men punching and kicking the man in the purple shirt are wearing matching outfits.