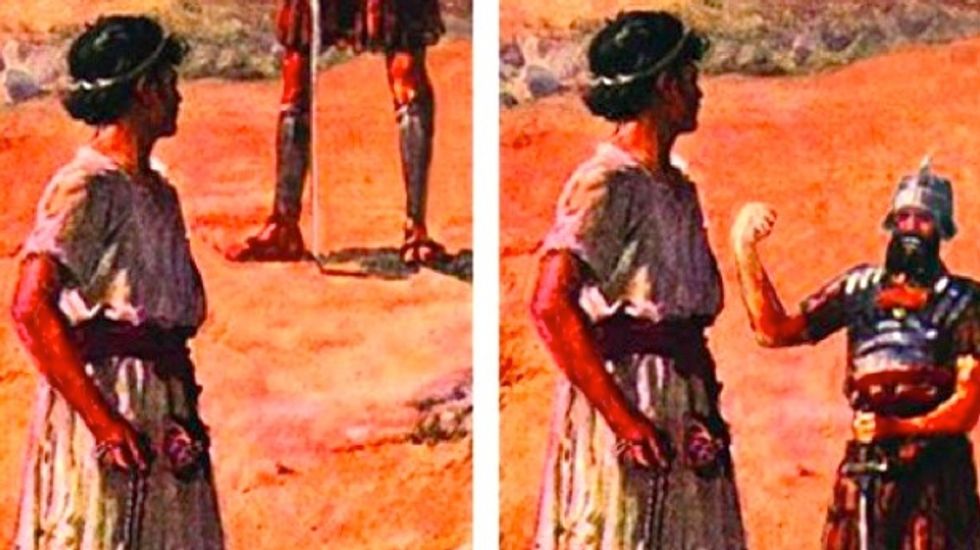 Art Spiegelman who was the first person to be awarded a Pulitzer Prize for a graphic novel, has come out of the closet on the Israeli-Palestinian Conflict. The son of Holocaust survivors, Spiegelman told the story of the Holocaust through his brilliant graphic novel, Maus, which uses allegory to portray Jews as mice and Germans as cats.

Spiegelman has been reluctant to think about Israel. But recently he he came out of the closet, posting on Facebook a collage he had done for The Nation magazine.

I've spent a lifetime trying to NOT think about Israel—deciding it has nothin more to do with me, a diasporist, than the rest of the World's Bad News on Parade. Israel is like some badly battered child with PTSD who has grown up to batter others.

But... here's a collage I did for last week's Nation magazine.

The image is called Perspective in Gaza (The David Goliath Illusion). Mira Sucharov writes in The Forward,

the Biblical-style art image consists of two panels. On the left is a traditional rendering of David facing Goliath. The right-hand panel presents a shrunken Goliath brought closer to the foreground. Using the tricks of size and perspective to make what is surely not an original political point, it’s a clever play on Spiegelman’s life’s work as an illustrator.

Perhaps what is most profound in Spiegelman’s collage is not the binary view of flipping the David and Goliath metaphor on its head, but rather his use of the word “perspective.” Maybe where you stand is indeed derived from where you sit. But that’s not quite right either, since one Diaspora Jew would depict Israel as a monstrous Goliath while another would cling to the view that Israel remains small and moral David, and one Holocaust survivor sees genocide being committed by their own people while another sees the killing as self-defense against a Philistine-like enemy.

I wonder if this image will be able to reach people in a way that an intellectual argument can't. 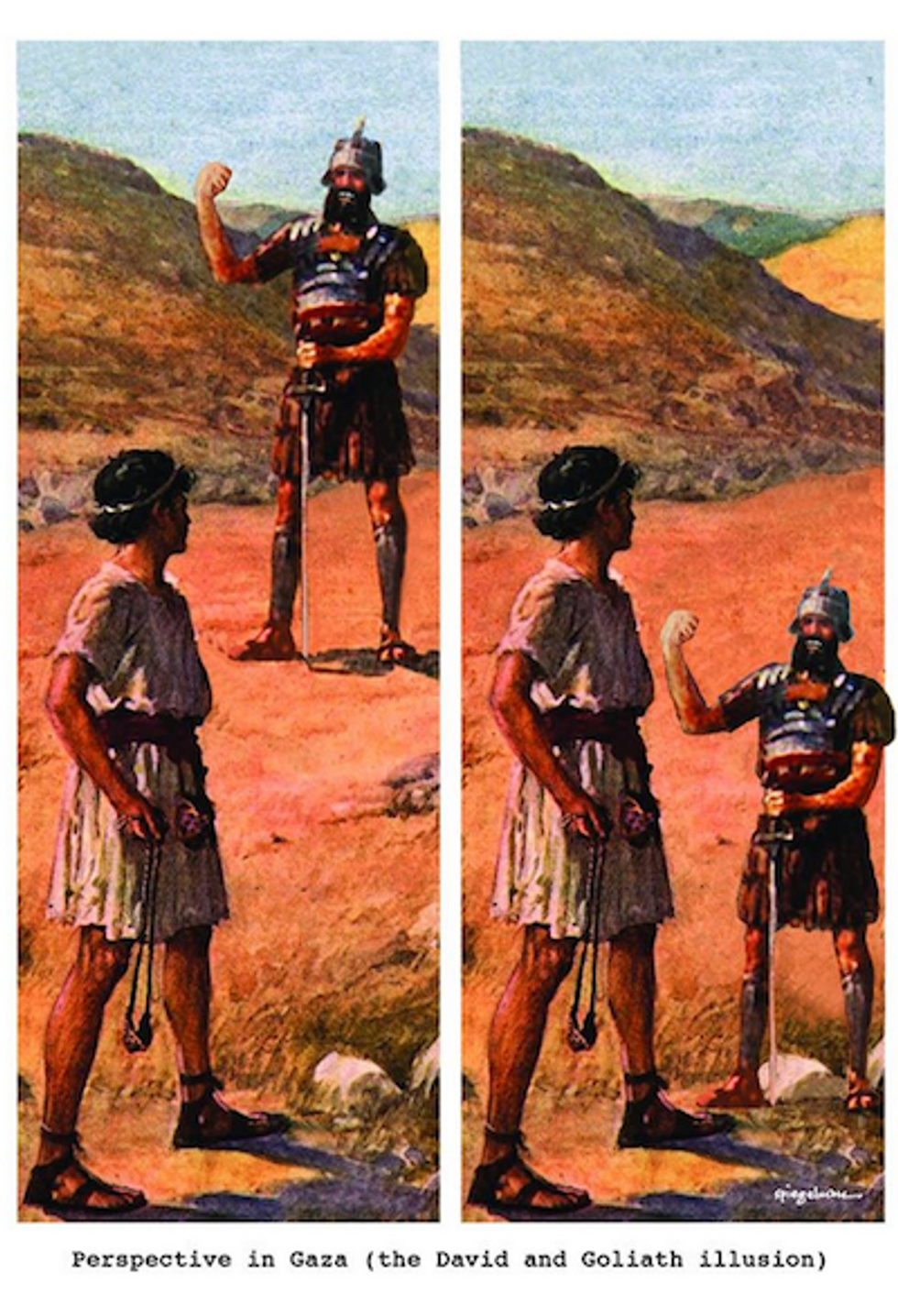