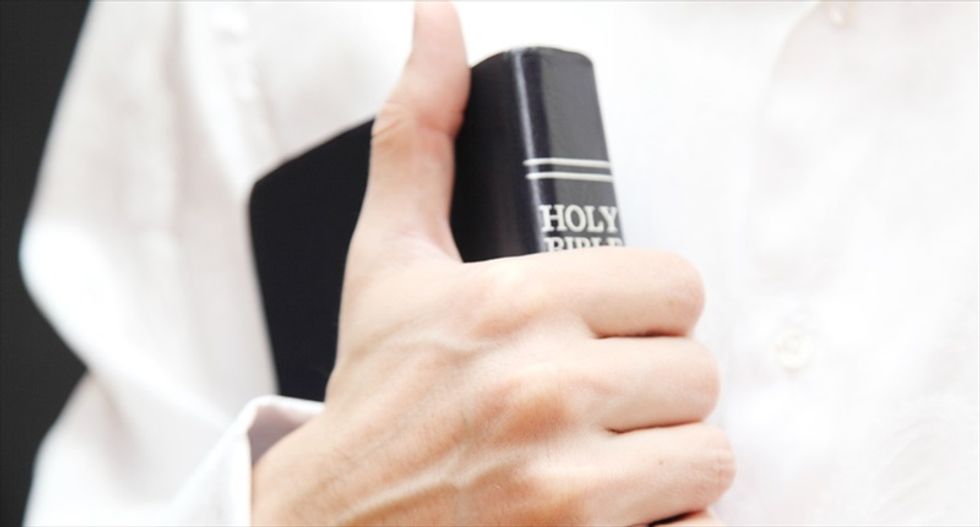 Man with a Bible (Shutterstock)

A longtime minister and religious columnist announced this week that he now identified as an atheist, the Friendly Atheist reported.

"This was not an overnight decision," Rev. Bob Ripley wrote in his latest syndicated column. "I didn't go to bed one night this week a believer and wake up an unbeliever. I wasn't blinded on Tuesday by the light of reason that led to a deconversion. I began this journey more than seven years ago. It led initially to me taking early retirement from ministry and has continued over the ensuing five years."

Ripley, a former senior minister at Metropolitan United Church in Toronto -- Canada's largest Protestant church -- noted that his latest column was the most challenging he had to write since it began running 25 years ago. He has been a minister for more than 30 years. The announcement coincides with the release of a book explaining the details of what he calls a "deconversion."

In the column, Ripley insisted to his religious readers that he had not changed.

"The heart that was once surrendered to Jesus Christ, that gave itself to others and infused a vocation with kindness, still beats in me," he wrote. "If you have ever met me, know that the person I was then, I am now, still striving for integrity and capable of profound love."

He also admitted that part of him "wanted to remain silent" and avoid risking incurring the anger of some of his readers.

"I also know how crippling secrets are and that it is important every once in a while to tell the secret of who we are," Ripley stated. "If we don't, we risk coming to believe the edited version of ourselves we hope others will find acceptable."