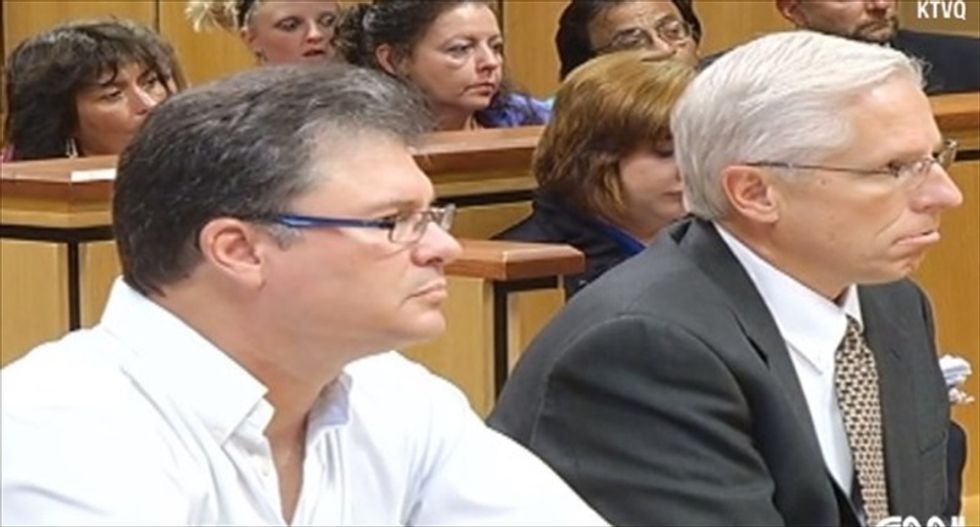 An ex-teacher from Montana whose month in jail for the rape of a 14-year-old student triggered public outrage was re-sentenced on Friday to 10 years in prison in a case that a state prosecutor said would bolster rape victims' rights.

Stacey Rambold, a former Billings High School instructor, pleaded guilty last year to one count of sexual intercourse without consent tied to the 2007 rape of Cherice Moralez, a high school freshman who committed suicide in 2010 before the case could be brought to trial.

In a ruling later struck down as unlawfully lenient, a state judge sentenced Rambold to 15 years in prison then suspended all but 31 days and gave him credit for one day served, infuriating women's rights activists.

Outcry over that sentence was compounded by a remark from the judge, G. Todd Baugh, who said that Moralez was "as much in control of the situation" as her then 47-year-old instructor.

Yellowstone County Attorney Scott Twito said the decision handed down on Friday by state judge Randal Spaulding was a measure of justice for Moralez, and reassurance for rape victims that they are not to blame.

"If there is anything positive to be taken out of this, it is further assurance from the court today and the Supreme Court of our state that you don't get to comment on the culpability of a child in a rape," Twito said.

Moralez' family thanked Spaulding and Twito "for correcting the improper sentence" imposed by Baugh. "Our faith in the justice system has been restored," they said in a statement.

A campaign led by the Montana chapter of the National Organization for Women (NOW) sought Baugh's ouster and led to him being reprimanded in July by state justices for his comments.

The judge has said he intends to retire when his term expires at the end of the year.

Marian Bradley, president of Montana NOW, said on Friday that the extended jail term for Rambold and the justices' rare public censure of a judge helped right severe wrongs.

"A lesson here is that we will not allow this kind of behavior in our courtrooms, whether it's in Billings, Montana, or anywhere else in this country," Bradley said.

Rambold's attorney did not respond to a request for comment. He had sought 15 years in prison with all but 2 years suspended for his client.