More US congregations offer sanctuary to those facing deportation 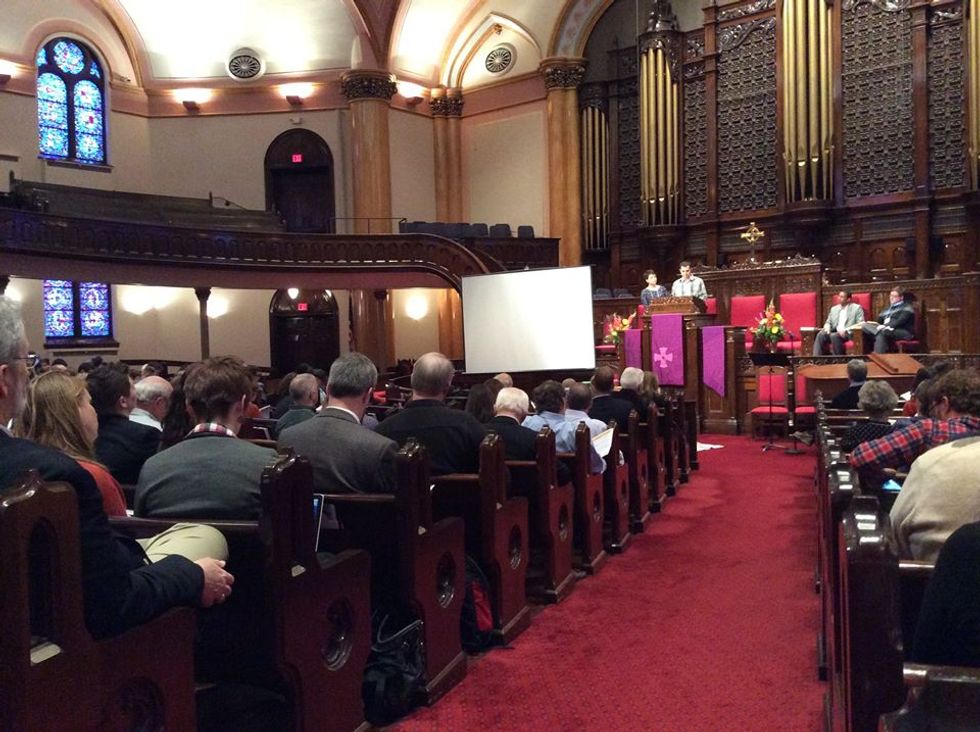 A growing network of congregations across the United States is volunteering to offer shelter to immigrants facing deportation in a move organizers hope will help spotlight federal inaction on immigration reform.

Churches in Chicago and the Arizona cities of Phoenix and Tucson have begun sheltering immigrants, and organizers say the plan is eventually to include some 24 churches or synagogues in 10 cities.

"Sanctuary is really an act of civil disobedience to say the laws we have on the books are unjust," said Peter Pedemonti, a Philadelphia-based coordinator of what its members call the New Sanctuary Movement.

"The target is President (Barack) Obama, to get him to act now."

Obama has delayed promised executive action on immigration until after November's congressional elections. Republican critics of immigration reform have denounced as "amnesty" any effort to provide a path to citizenship for the 11 million undocumented immigrants in the United States. In Philadelphia, both the Philadelphia Praise Center, an Indonesian Mennonite Church, and a Jewish community group, Tikkun Olam Chavura, hope to host migrants in the next month, organizers said.

"We have a 325-year history of being welcoming to strangers," said Amy Yoder McGloughlin, pastor of Germantown Mennonite Church, which will offer support to the hosting congregations. "It's important to continue that legacy."

Leaders of the movement said they chose some candidates because they exemplified a category of undocumented immigrant made a low priority in 2011 by the then-director of Immigration and Customs Enforcement, John Morton.

In a memo, Morton offered guidance in the use of "prosecutorial discretion" and listed attributes including long-standing community ties, being a caretaker of minors, and lack of criminal history, that made a case a low priority.

Organizers offer sanctuary in churches because federal guidelines prohibit arrests in sensitive areas unless there is a threat to public safety or national security.

Francisco Perez Cordova, a Tucson construction worker who has lived in Arizona since 1996 and has five American children, will join the handful of people in sanctuary nationwide if he moves into a Tucson church on Thursday as planned.

"Perez Cordova has no criminal history and squarely fits ICE's own criteria as a low priority," said Sarah Launius of Southside Presbyterian Church.