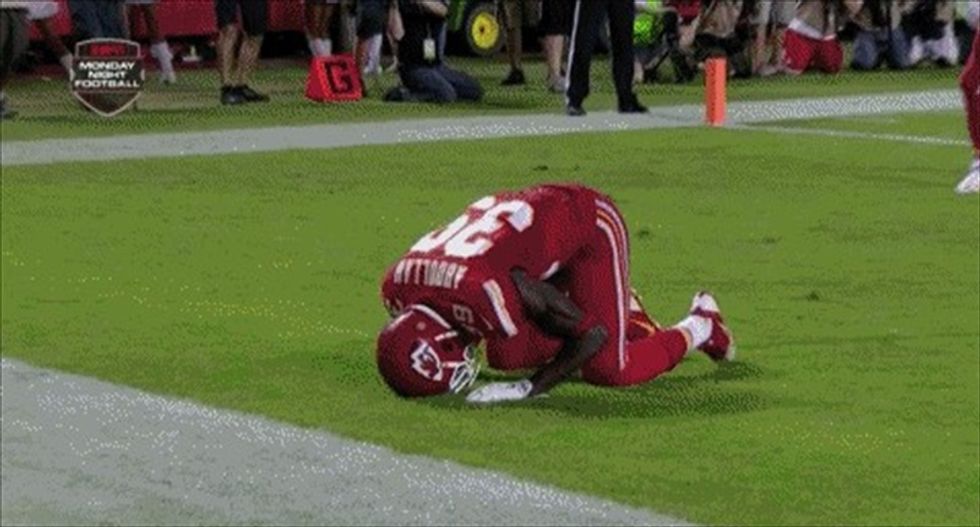 The NFL said an official erred in issuing a penalty to a Muslim player who celebrated a touchdown by dropping to his knees for a brief prayer.

Kansas City Chiefs safety Husain Abdullah was flagged for unsportsmanlike conduct Monday night after sliding to his knees and touching his forehead to the ground for about three seconds in the end zone.

A spokesman for the NFL said Tuesday morning that Abdullah should not have been penalized.

“Rule 12, Section 3, Article 1 (d) states ‘players are prohibited from engaging in any celebrations or demonstrations while on the ground,’” Michael Signora said in an email to ProFootballTalk. “However, the officiating mechanic in this situation is not to flag a player who goes to the ground as part of religious expression, and as a result, there should have been no penalty on the play.”