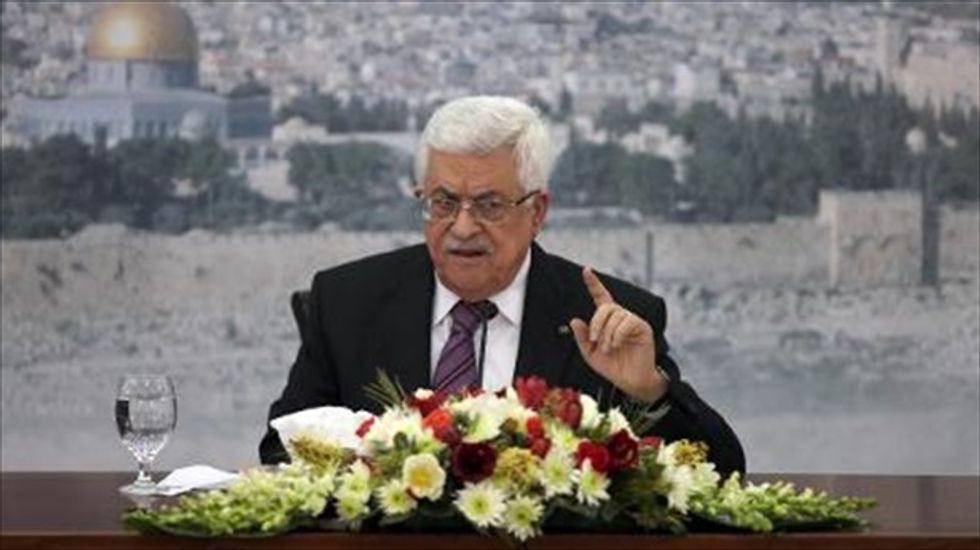 Palestinian leader Mahmud Abbas has accused Israel of a "genocidal crime" in Gaza, telling the United Nations negotiations had failed and the time for Palestinian independence had come, drawing a sharp rebuke from Washington.

Abbas vowed to seek war crimes prosecutions against Israel over what he called the 50-day "war of genocide" in Gaza that killed 2,140 Palestinians, mostly civilians, and left the enclave in ruins.

Speaking at the UN General Assembly in New York on Friday, a feisty Abbas said: "There is an occupation that must end now. There is a people that must be freed immediately.

"The hour of independence of the state of Palestine has arrived."

He did not set a deadline for fast-tracking to Palestinian statehood, after aides suggested they were eyeing 2017 as a possible date.

The war in Gaza was "a series of absolute war crimes carried out before the eyes and ears of the entire world," he said, citing the destruction left behind and the deaths of more than 460 children.

The Palestinians have threatened to join the Hague-based International Criminal Court to allow legal action to be taken against Israel, but Abbas did not specify in his address whether he would resort to the ICC.

In 2012, the Palestinians won the status of observer state in the United Nations, which gives them the ability to become a party to the ICC, where they could sue Israeli officials over alleged war crimes.

Speaking to the 193-nation Assembly, Abbas asserted that it would be "impossible to return to the cycle of negotiations that failed to deal with the substance of the matter and the fundamental question" of statehood.

He accused Israel of forging ahead with settlements and maintaining a blockade of Gaza despite formal pledges of peace.

Israel is offering Palestinians a future either in "isolated ghettos" or "at worst it will be a most abhorrent form of apartheid," he said, referring to the racist regime that ruled South Africa until free elections in 1994.

The US State Department reacted with a tersely worded statement, calling the speech provocative and saying it would undermine peace efforts.

"Such provocative statements are counterproductive and undermine efforts to create a positive atmosphere and restore trust between the parties," she said.

Abbas said a resolution backed by Arab countries would be presented to the UN Security Council to relaunch talks with a view to reaching a final settlement with Israel on the two-state solution.

It remained unlikely that such a resolution would garner support within the 15-member council, notably from the United States, which has repeatedly vetoed resolutions seen as undermining Israel.

The council has been trying for weeks to unite behind a draft resolution seeking to shore up a ceasefire accord in Gaza.

Abbas spoke after rival Palestinian factions reached a unity deal that will pave the way for the return of the Palestinian Authority to Gaza and for a massive internationally funded reconstruction effort to begin.

The war in Gaza ended on August 26 when the two sides agreed in Cairo on a ceasefire and to hold future talks on Palestinian demands to end an eight-year blockade of Gaza.