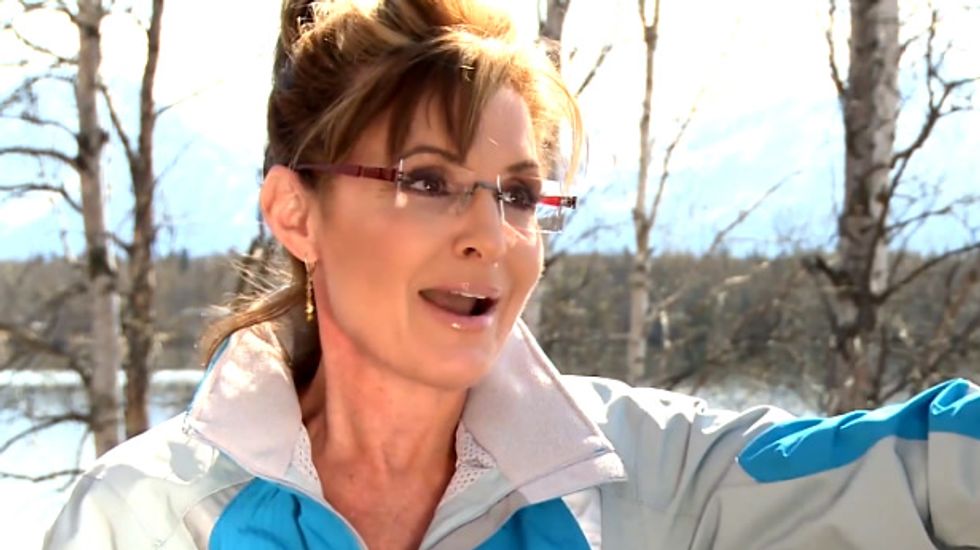 Following eyewitness reports that former Vice Presidential nominee Sarah Palin's family provoked a drunken brawl at a Wasilla birthday party last week, a source close to the Palin family says that the brouhaha was started by others and the former half-term governor's family members were only defending themselves.

In an interview with Real Clear Politics' Scott Conroy, the anonymous source stated that the fight was instigated by daughter Willow Palin's former boyfriend who was engaging in "questionable behavior."

Previous  reports, including one from eyewitness Eric Thompson, who worked for the hosts of the party, McKenna Bros. Paving Company before being fired for talking to ABC’s Good Morning America , stated that Palin son, Track, started the fight after confronting his sister's ex-boyfriend.

Conroy's unnamed source claims that the ex-boyfriend started the contretemps when he attempted to board the Palin's stretch Hummer limousine only to be barred by Track Palin who soon found himself  fending off four men who “piled on him.”

According to the source, 'First Dude" Todd Palin jumped into the fray only to have his nose bloodied.

The source claims Sarah Palin --just returned from a speaking engagement in Houston benefiting a wounded veterans foundation -- stood by as her son and husband fought, yelling, “Don’t you know who he is? He’s a vet!” Palin was possibly  referencing her son Track's brief stint in the military in 2008 when he served in Iraq.

Previous witness have claimed that Palin jumped in the pile shrieking either "You know who we are, don’t you?" or "Don’t you know who I am?"

According to the source, "From my understanding, she was in full ‘mama grizzly’ mode defending the kids,” and that Track Palin left nursing four cracked ribs.

Multiple eye witness reports have stated that a drunken and bloodied Track Palin stood shirtless in the street giving the finger to the other seventy party-goers.

Addressing reports that daughter Bristol Palin punched the host of the party multiple times with a "right hook," the Real Clear Politiocs source dismissed the claim, stating that the former Dancing With The Stars contestant was left-handed.

Anchorage police have confirmed that a brawl took place, but that no charges were filed and the Palin family had already left the premises in their Hummer before officers arrived after receiving calls from attendees and neighbors.

To date, no video or pictures from the Saturday night drunken brawl has been discovered, and the Palin family has not officially commented on the story.