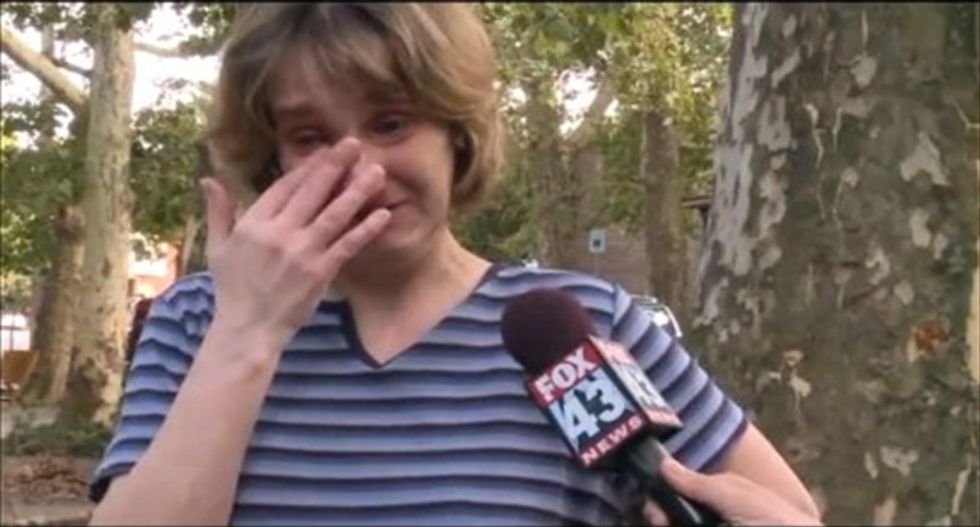 Police in Harrisburg, Pennsylvania, charged the parents of a 9-year-old autistic boy with homicide on Monday in their son's starvation death in July.

Jarrod N. Tutko Sr., 38, and Kimberly A. Tutko, 39, were arraigned before District Judge Barbara Pianka on criminal homicide charges. They were denied bail.

Prosecutors could later specify any one of a range of charges, from manslaughter to first-degree murder, which carries the death sentence in Pennsylvania.

Police went to the Tutko home on Aug. 1 to investigate a report that a child had died.

Kimberly Tutko said to police that her husband had told her that young Jarrod, who suffered from a form of autism called Fragile X Syndrome, had been dead for several days in his feces-smeared third-floor bedroom.

Dr. Wayne Ross, the pathologist who conducted an autopsy on the remains, found that the boy had almost no body fat at the time of his death, according to police.

“He indicated that the lack of body fat was a sign of starvation,” police said in an affidavit filed in the case. “Dr. Ross noted signs of dehydration and malnutrition.”

Dr. Andrew T. Stewart, a forensic dentist, told police the boy had two badly abscessed teeth that would have caused him terrible pain. Authorities could find no records of the boy ever being seen by a dentist.

The police report portrayed a house of horror, with feces smeared on the boy’s body and parts of his bedroom. The door to the room was rigged so it could be opened only from the outside.

Although Kimberly Tutko told police initially that she had not seen her son for several years, she later confessed to having seen him in the days before his death.

Police said four children from her first marriage were taken away by the courts, and that young Jarrod and five other children in the house were from her marriage to Tutko.

The father has been in jail since the discovery of the boy’s death, and was already charged with endangering the welfare of a child and concealment of a corpse.

Watch a report on the charges against the Tutkos, as aired on WPMT-TV, below.