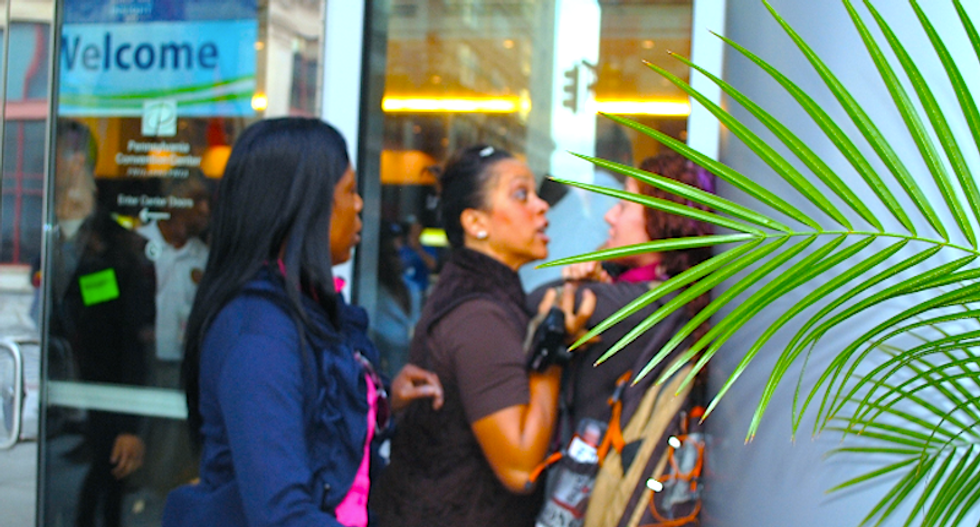 A fifth lawsuit has been filed against Philadelphia police over their alleged practice of retaliating against citizens who observe or record officers on duty.

The latest suit was filed by the American Civil Liberties Union on behalf of a trained legal observer who was thrown into a stone pillar while monitoring a September 2012 protest against fracking.

Professional psychoanalyst Amanda Geraci, who volunteers to monitor interactions between police and protesters, watched police handcuff one of the demonstrators inside the Pennsylvania Convention Center.

She remained outside but moved to another spot to record the arrest when an officer charged her at full speed and shoved her into a pillar in the convention center’s façade.

The officer then used her forearm to pin Geraci against the pillar by the neck, the suit claims, and other officers surrounded them in an attempt to prevent others from watching or recording the incident.

The ACLU has filed four previous suits against Philadelphia police for roughing up, detaining, or arresting police observers.

“Once again, what happened to Amanda Geraci shows that the city of Philadelphia is not living up to its promise to protect the First Amendment rights of those who observe and record the police,” said Jonathan Feinberg.