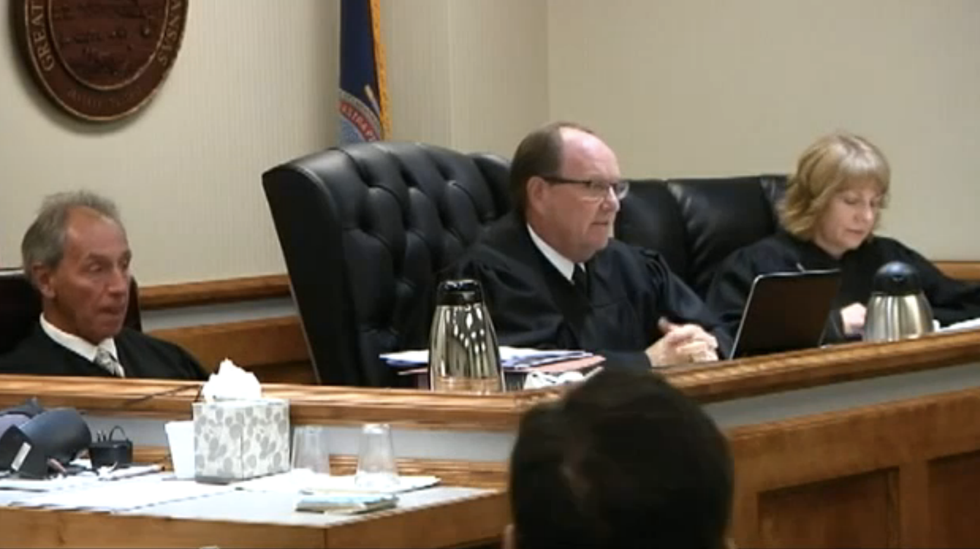 A lawyer who is suing the Kansas Democratic Party had an extremely awkward moment on Monday when he showed up before the Kansas Supreme Court in Topeka missing something crucial to his case: his client.

Think Progress reported that Thomas Haney appeared before a three-judge panel on Monday to argue that his client is a Democratic voter who wants to be able to vote for a Democratic candidate in November.

Democratic candidate for U.S. Senate Chad Taylor dropped out of the race earlier this year. Republicans accuse him of doing so in order to boost independent candidate Greg Orman's chances of beating incumbent Sen. Pat Roberts(R).

In a two-candidate race, Orman is favored to beat Roberts. Haney is part of an effort by Roberts supporters to force the Democratic Party to run a candidate in Taylor's place, which would presumably split the constituency supporting Orman.

Haney sued the Democratic Party on behalf of Kansan David Orel, who claimed that Democrats disenfranchised him and other Democratic voters in the state when Taylor dropped out of the race. However, Orel's claims have been undermined by the fact that he is the father of one of Republican Gov. Sam Brownback's senior staffers.

In court, the Democratic Party's attorneys hoped to question Orel about his true allegiances, but Orel declined to attend Monday's hearing rather than face close questioning. Attorney Randall Rathbun said that the case should be dismissed out of hand.

The judges opted to make a decision later, but reportedly grilled Haney about his client's whereabouts and asked him why they should pursue the case, unlikely as it is to succeed.

Haney has spent much of that past few months in Kansas courts attempting to use the law to sabotage Orman's chances against Roberts. State Democrats are largely falling in line behind the independent candidate in hopes that he will vote with Democrats in the Senate more often than Republicans.